The Last of Us Part 1 should come to PC soon after PS5 - This year maybe?

Naughty Dog's Remake of The Last of Us is coming to PlayStation 5 on September 2nd, bringing with it modernised gameplay, improved visuals, more accessibility options, and a suite of other improvements.

This year, Sony already plans to release Spider-Man Remastered, Spider-Man Miles Morales, and Uncharted: Legacy of Thieves Collections for PC. This year's launch of God of War on PC has already proven to be hugely successful, paving the way to more investment in the PC platform by Sony. 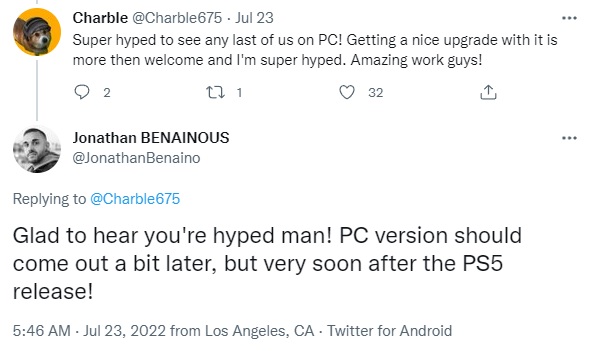 You can join the discussion on The Last of Us Part 1's upcoming PC version on the OC3D Forums.

Though I do realise this is proabably only happening because it's a remaster and future exclusives will still be taking 6 months to one year or even more to release on PC.Quote