While Epic Games only launched Unreal Engine 5 to the masses today, the engine has been available to developers in an early access state for some time. That said, we should not expect to hear more about Crystal Dynamics' new Tomb Raider project anytime soon, as the game is likely far from its potential launch date. 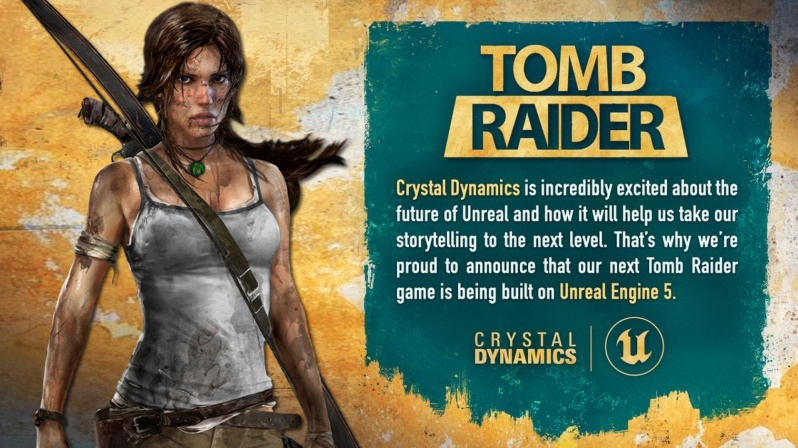 Currently, nothing is know about Crystal Dynamics' new Tomb Raider game. It could be another reboot of the franchise, or it could be a continuation of their most recent Tomb Raider titles. The name of the new game is unknown, and it is unknown what platforms the game will be releasing on. However, the game is expected to be a current-generation exclusive that will launch on PC, PS5, and Xbox Series X/S.

You can join the discussion on Crystal Dynamics using Unreal Engine 5 to create their next Tomb Raider game on the OC3D Forums.

g0ggles1994
Quote:
Well STALKER 2 is already confirmed to be using UE5 so the ball is already picking up speed. I just hope GSC follow 4A and move the main studio out of Ukraine for the foreseeable future.Quote

Loads will come out either end of year or early next i feel, they have all been working together on UE5 for a long time now, so i'd expect when the next round of anouncments come around we'll hear about lots of them.Quote