The Ninja Gaiden: Master Collection's PC version is a joke, and Koei Tecmo's trying to hide it

The Ninja Gaiden: Master Collection's PC version is a joke, and Koei Tecmo's trying to hide it

Earlier this year, Team Ninja and Koei Tecmo announced that their NINJA GAIDEN: Master Collection will be releasing on PC, Xbox One, PS4, and Switch on June 10th, arriving on PC through Valve's Steam platform.

This release will bring the Ninja Gaiden trilogy to PC for the first time, offering confirmed support for 4K resolutions at 60 FPS, but PC gamers should not expect much outside of that.

Sadly, it looks like these PC releases will be barebones in nature, lacking many of the common features that are part of most PC ports.

The Ninja Gaiden Master Collection will be designed to be played using Gamepads. The collection will also lack an extensive graphical options menu, making the remastered trilogy a basic PC port in practically every sense.

You can set the output resolution for playing this game.

To configure the resolution, open the game's Properties from your Steam Library. By entering "720p", "1080p", or "4k" in the text field of "LAUNCH OPTIONS", you can fix the resolution to the corresponding value.
By setting the game to a low resolution, you can reduce the processing load.

When discussing the Ninja Gaiden: Master Collection resolution and fullscreen support on Steam, Koei Tecmo appears to have utilised a sneaky tactic that will prevent many PC gamers from accessing this information before launch. They have been transparent by publishing the information, but they appear to have taken measures to ensure that PC gamers don't see it.

Instead of noting these deficiencies in the game's "About the Game" section on Steam, this information is instead hidden in the game's "NINJA GAIDEN: MASTER COLLECTION DELUXE EDITION" section. To us, this appears to be an intentional decision to hide Ninja Gaiden's deficiencies on PC. Why else would essential information like this be hidden in an irrelevant section that can only be seen by those who want to pay for the game's premium version?

Even with these limitations, the Ninja Gaiden Master Collection should provide PC gamers with perfectly playable versions of  Ninja GAIDEN Sigma, Ninja GAIDEN Sigma 2 and NINJA GAIDEN 3: Razor's Edge. These games should be playable with a perfect 60 FPS lock with the right hardware, giving gamers a smoother gameplay experience than any of the game's original console versions. That said, we don't see why Koei Tecmo needed to make this information difficult to find on Steam.

You can join the discussion on the Ninja Gaiden: Master Collection's basic PC port on the OC3D Forums. 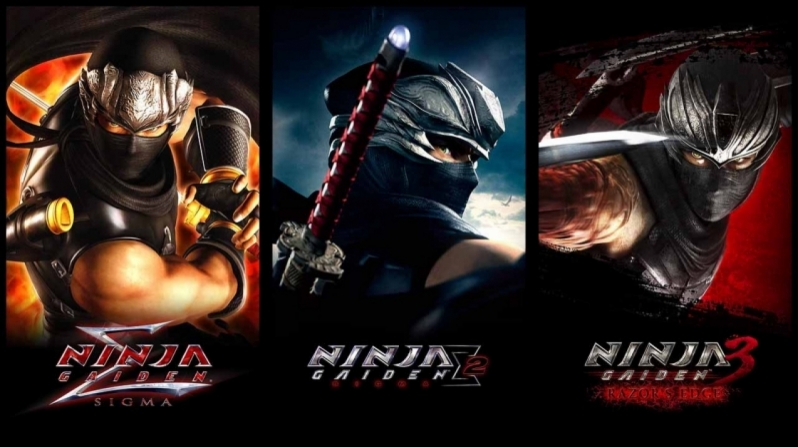 Warchild
my hopes are ruined. I love the first one.Quote

Peace Đ
The hell is wrong with those guys?! I mean, setting the resolution via start parameters!? Hello? <insert oldschool times where this was possible here> called and wants their game back.


While I've never played any Ninja Gaiden, the fact that the trilogy comes to Steam had me interested because of the yearly sales.Quote
Reply