The number of concurrent Steam users has surpassed 18 million

Over 7 million people were in-game at the same time

The number of concurrent Steam users has surpassed 18 million

2017 was a big year for PC gaming, one that has seen the number of Steam users increase significantly. Yesterday, Steam surpassed their concurrent player record and had over 18 million users on the service at once, with over 7 million users in-game.

Most of this growth took place in the latter months of 2017, as games like Player Unknown's Battleground spikes in popularity. Daily concurrent player peaks for PUBG can peak as high as 3 million, revealing just how much this game alone contributed to Steam's success in 2017. Right now, many expect that Steam's concurrent playerbase will reach as high as 20 million, by the second half of this year, a number that is easily achievable if this level of growth continues. 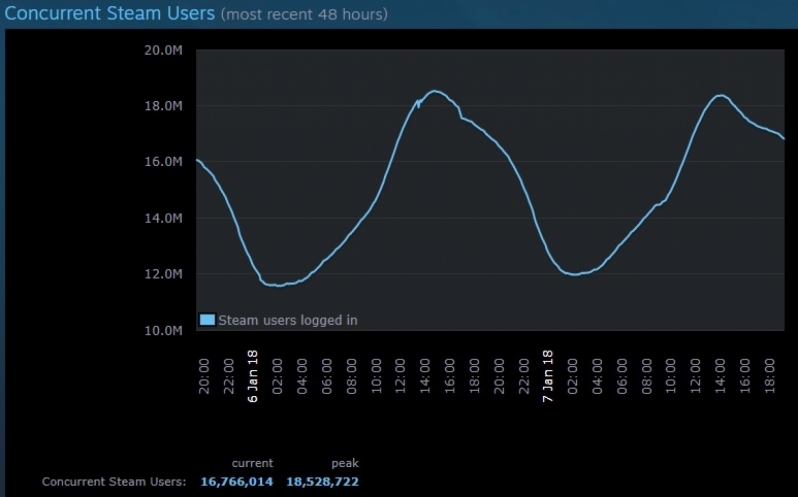 You can join the discussion on Steam's growing concurrent user base on the OC3D Forums.

NeverBackDown
All because of PUBG basically. Don't understand why it has nothing but problems.

Good for steam though but they still have so much fixing to do. Just feels like they are doing nothing but making money. Not even improving there service or support structure. We've had the same interface for what feels like 10 years.Quote