Microsoft has officially confirmed that The Outer Worlds will be coming to Xbox Game Pass for PC this month. This move will allow PC gamers to play the game on day-1 using Xbox's game subscription service.

Right now, new subscribers to Xbox Game Pass for PC can get their first month of access for $1, or upgrade their existing Game Pass or Xbox Live subscription to Xbox Game Pass Ultimate for $1. Simply put, this price is unbeatable when you consider what's on offer.

Below is a brief description of The Outer Worlds, an RPG from Obsidian Entertainment, the creators of Fallout: New Vegas. The Outer Worlds releases on October 25th. F1 2018, Lonely Mountain Downhill, Minit, State of Mind, Saints Row IV: Re-Elected and Stellaris will also become available on Xbox Game Pass for PC this month.

The Outer Worlds is a new single-player first-person sci-fi RPG from Obsidian Entertainment and Private Division. Lost in transit while on a colonist ship bound for the furthest edge of the galaxy, you awake decades later only to find yourself in the midst of a deep conspiracy threatening to destroy the Halcyon colony.

As you explore the furthest reaches of space and encounter various factions, all vying for power, the character you decide to become will determine how this player-driven story unfolds. In the corporate equation for the colony, you are the unplanned variable. 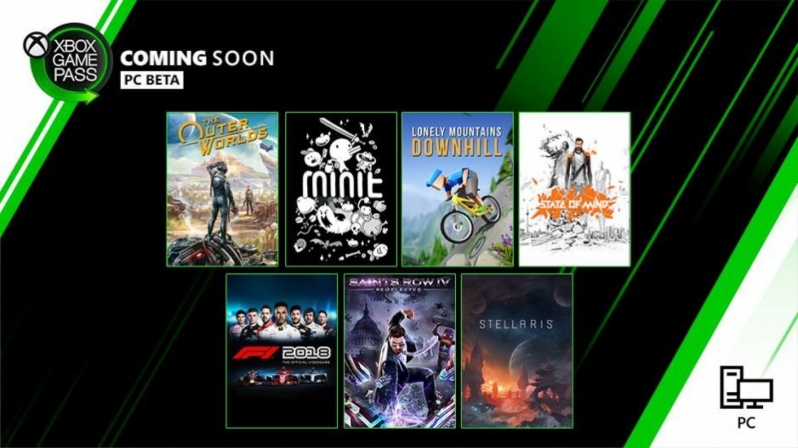 You can join the discussion on The Outer Worlds being available on Xbox Game Pass for PC this month on the OC3D Forums.