The Remake Masters, Bluepoint Games, have been Acquired by Sony PlayStation

The remakers of Demon Souls has been acquired by Sony

Some of today's most exciting game releases are remakes of classics, be it Resident Evil 2, Crash Bandicoot, Demon Souls, Final Fantasy 7 or others. Recreating classic games to modern audiences is a surefire way to garner attention, and sales have proven the remakes, and remasters are popular amongst gamers.

Bluepoint Games is a studio that has mastered the art of remaking classic titles. Bluepoint's latest hit is their remake of From Software's Demon Souls, but Bluepoint is a studio that has its origins extend back to 2006. Popular Bluepoint remakes/remasters include Uncharted: The Nathan Drake Collection, the Metal Gear Solid HD Collection, the PlayStation 4 Remake of Shadow of the Colossus (and the original's PS3 remaster), and the PS3/PS Vita's God of War Collection.

It has long been rumoured that Sony was working to acquire Bluepoint Games. Sony has a long history with the studio, and it would be in Sony's best interest to ensure that Bluepoint isn't acquired by one of its competitors, namely Microsoft. With Bluepoint Bluepoint under its control, Sony now has the ability to create high-quality remakes of many of its most popular titles. Beyond that, Bluepoint's expertise could be a useful asset to other PlayStation Studios developers.

Below is what PlayStations's Herman Hulst had to say about the acquisition;

Today I’m very excited to announce that PlayStation Studios has grown again with the addition of long-time partner Bluepoint Games! From the exceptional PS5 remake of Demon’s Souls to the critically acclaimed PS4 remake of Shadow of the Colossus and remasters of fan favorites like Uncharted: The Nathan Drake Collection, Bluepoint has built a name for itself by creating some of the highest-quality remasters and remakes in the industry.

With each of its projects, Bluepoint has raised the bar on console-defining visuals and gameplay, and the studio’s vast expertise in world building and character creation will be a huge plus for future PlayStation Studios properties. 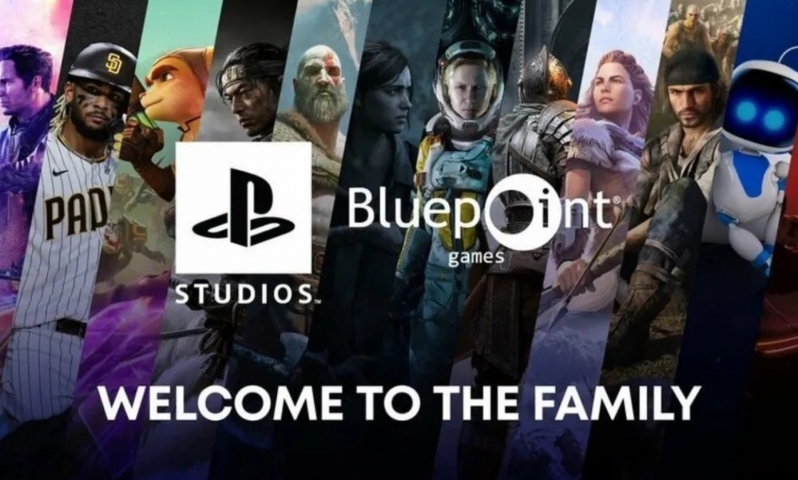 Bere is what Bluepoint Games' President, Marco Thrush, had to say about Bluepoint's acquisition.

Austin, Texas has been home base for Bluepoint from when we first founded the studio back in 2006 and we’re now a team of close to 70 super-talented creatives and growing. While the studio has certainly grown over the past 15 years, our cultural beliefs have remained the same- to always push the envelope and create the highest-quality games possible all while having fun doing it.  The focus on culture has been instrumental to our success and we’re excited that PlayStation Studios shares a similar culture and vision.

PlayStation has such an iconic gaming catalog and for us there’s been nothing better than to bring some of gaming’s masterpieces to new players. Becoming a part of PlayStation Studios, empowers our team to raise the quality-bar even further and create even more impactful experiences for the PlayStation community.

Thanks to everyone who’s supported us throughout the years – we can’t wait to bring you more amazing games in this next chapter for Bluepoint Games!

You can join the discussion on Bluepoint Games being acquired by Sony on the OC3D Forums.

NeverBackDown
Now if we could get a Jak and Daxter remake that'd be great!Quote
Reply