If you are playing The Witcher 3 on PC, you need to install Halk Hogan's HD Reworked Project. Simply put, this mod takes The Witcher 3 and brings it into the Ultra HD era, offering gamers higher quality textures and improved models across most areas of the game. This mod is a must-download for gamers with modern graphics hardware.

In the preview video below, Halk Hogan showcases many of his "NextGen" improvements for The Witcher 3 city of Novigrad. The video below showcases updated models, meshes, textures and more. With Halk Hogan's HD Reworked Project NextGen, The Witcher 3's visuals will no longer be held back by poor textures or low detail models.

In a post on his latest first HDRP NextGen video, Halk Hogan has stated that he is "waiting for a response from CDPR regarding possible cooperation (or something)" for The Witcher 3's next-generation updates for PC, PlayStation 5 and Xbox Series X/S. Such a partnership could see Halk Hogan's upgraded textures and models become an official art of The Witcher 3 on next-generation systems, which we feel would be a great thing for PC and console gamers alike. Sadly, has not news to share regarding CD Projekt Red co-operation at this time.

Right now, Halk Hogan's HD Reworked Project for The Witcher 3 is the closest thing to an Ultra HD remaster that PC gamers currently have access to. If you want to relay The Witcher 3 before the game's official next-generation update, you should download Halk Hogan's latest HDRP version, which is available through Nexus Mods. The Witcher 3 HDRP NextGen will be released sometime in early-mid 2021.

Halk Hogan's The Witcher 3 HD Reworked Project NextGen will make the game look better than it ever has before. Good luck to Halk Hogan and his continued modding efforts. We hope that CD Projekt Red responds to your emails.

You can join the discussion on Halk Hogan's The Witcher 3 HD Reworked Project NextGen teaser on the OC3D Forums. 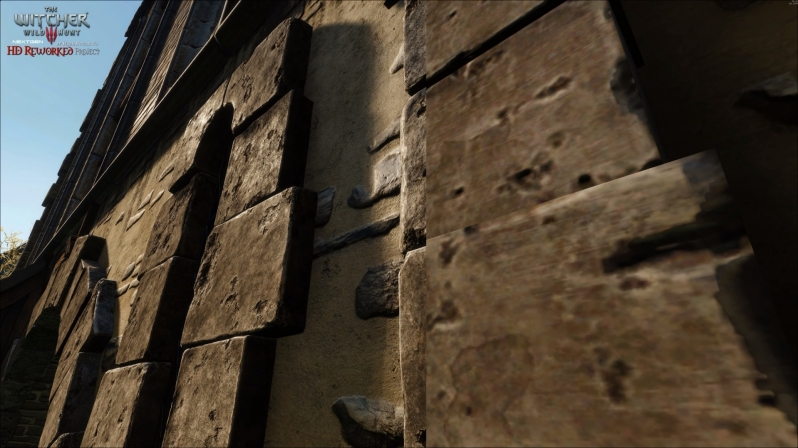