This update is coming to PC, Xbox Series X/S. and PlayStation 5

The Witcher 3: The Wild Hunt is getting a "Next-Gen" update, enhancing the game for modern PCs, and current-gen consoles like PlayStation 5 and Xbox Series X/S/. Gamers who already own the game on PC, Xbox One, and PlayStation 4 will be able to upgrade their copies of the game for free, giving gamers a great reason to replay the 2015 classic.

CD Projekt Red has confirmed that The Witcher 3's next-gen patch will be launching on December 14th, and the studio plans to host a live stream about the update next week to detail the update's changes.

Originally, The Witcher 3's next-gen update was being developed by Saber Interactive, with CD Projekt Red bringing the project in-house earlier this year. The update is expected to deliver graphical improvements to the game, and new content in the form of a Netflix The Witcher Free DLC. 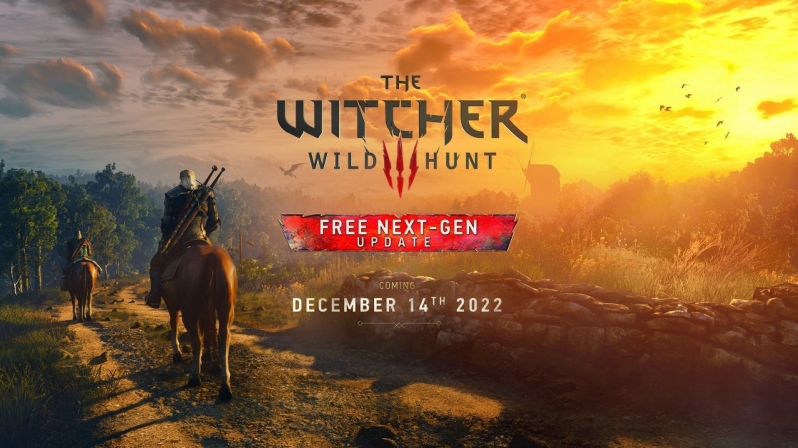 Next week, gamers will see what The Witcher 3's next-gen version will look like. We expect to see improved lighting, shadows, textures, and models, as well as a new anti-aliasing solution. Perhaps we will even see ray tracing support and upscaling features like DLSS and FSR 2.2.

You can join the discussion on The Witcher 3's next-gen update on the OC3D Forums.

Dicehunter
I'm hoping for some RT goodness added in i.e RT reflections for bodies of water, Glass, Metal etc... and RT global illumination which makes a big difference to the feel of a game IMO, Maybe even a proper HDR implementation.Quote

NeverBackDown
Hopefully I can get GOW finished by then. Super excited for this updateQuote

KingNosser
So looks like i'll be playing the DLC at christmas time then been waiting for this, finished the main game years back spent 150 hours and didnt kiss her butt so got an ending where i was sourounded by crows at the witches house was such a good game thou

Warchild
Quote:
You need to hide any spoilers

many people have not finished the main story.Quote

KingNosser
Quote:
I don't think i spoiled anything there, still looking forward to the DLCQuote
Reply