Halk Hogan, the creator of The Witcher 3's "HD Reworked Project NextGen" mod, has confirmed that he is in talks with CD Projekt red regarding a potential co-operation on The Witcher 3's upcoming Next-Generation version.

While nothing has been finalised, these talks could result in Halk Hogan's "HD Reworked Project NextGen" mod becoming an official part of The Witcher 3 on Xbox Series X/S, PlayStation 5 and PC, transforming the game's visuals with enhanced textures, models and meshes.

In a comment below his latest video, Halk Hogan posted the following message, confirming that CD Projekt Red has contacted him regarding cooperation on The Witcher 3's next-generation update. We believe that such a partnership would help to deliver the best possible next-generation version of The Witcher 3, as Halk Hogan's efforts have already greatly enhanced The Witcher 3's assets and textures, and reusing some of his work will allow CD Projekt Red and Saber Interactive to accelerate the update's development focus their efforts elsewhere.

Hello my dear friends! It's been a long time since the last video. I know I announced a new HDRP preview in early March but I was silent the whole time. Sorry for that. But in return, I have some good news, and the reasons why I was quiet and why I don't have too much to show.

I think the most important news is that I got an official message from CDPR about cooperation. While it's not certain yet, it's very likely that HDRP will be included in the official next generation update. I will inform you what's next. As always, I would like to thank you for all your support and kind words.

Right now, Halk Hogan's HD Reworked Project for The Witcher 3 is the closest thing to an Ultra HD remaster that PC gamers currently have access to. If you want to relay The Witcher 3 before the game's official next-generation update, you should download Halk Hogan's latest HDRP version, which is available through Nexus Mods. The Witcher 3 HDRP NextGen will be released sometime in early-mid 2021.

Halk Hogan's The Witcher 3 HD Reworked Project NextGen will make the game look better than it ever has before. Good luck to Halk Hogan and his continued modding efforts. We hope that your discussions with CD Projekt Red go smoothly.

You can join the discussion on Halk Hogan's The Witcher 3 HD Reworked Project NextGen potentially becoming part of The Witcher 3's next-gen update on the OC3D Forums. 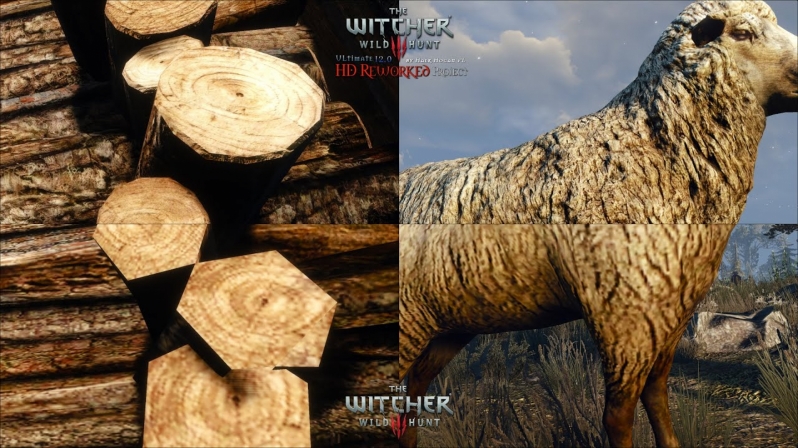 Dicehunter
CDPR should hire the guy, His work is amazing !Quote

jcchg
Zooming in, textures look great. But I'm sure the most impactful upgrade they can make for TW3 Enhanced Edition is lighting.Quote

NeverBackDown
Agreed his work is good but it's not the biggest problem from a graphics standpoint. NPCs look bad, facial animations are meh, lighting needs an update, and the monsters are generally lower poly which I don't think anyone has addressed in any mod afaik.

Really hope they go all out for an overhaul. I'd pay money for it. Only game that is worth paying for an graphics overhaul for me. Another 10 or so playthroughs sounds like fun..Quote

Dicehunter
Quote:
I'm half way through but upon learning an enhanced edition was coming out with a possibility of Hogans work added in, I stopped XD

Going to save myself for the full fat shiny experience !Quote

NeverBackDown
Quote:
If you haven't finished it once, you definitely need to. It's still worth it. Very much worth it. This enhanced version won't be coming for probably 5 more months at least(my guess)Quote
Reply