In a new blogpost, Triang3l, the graphics programmer behind the Xenia Xbox 360 emulator, has detailed a "new huge update" for the emulator. This update includes the addition of post-processing technologies like FidelityFX Super Resolution, FXAA, and Contrast Adaptive Sharpening (CAS), all of which can make Xbox 360 games look better than ever within the emulator.

With these new features, gamers can benefit from increased image quality and a minimal impact on performance. With FSR, gamers can upscale Xbox 360 games to higher resolutions. With FXAA gamers can reduce aliasing. And with CAS gamers can increase the sharpness of games with minimal (or no) graphical artefacts.

Specifically, with this new update, *Xenia will look more beautiful than it ever looked before* — at a low, or even near-zero, performance cost! This is achieved thanks to the magical wonders of the image post-processing effects developed in the industry, as well as changes to the emulator that help the newly added filters shine in an Xbox 360 emulation environment.

Additional changes to the Xenia emulator with this new update is support for non-square 1x2 and 2x1 resolution scaling, allowing gamers to increase the detail of their emulated games with a smaller performance impact than square 2x2 resolution scaling. Non-square resolution scaling can also be combined with FSR, FXAA, and CAS to deliver great visual results. 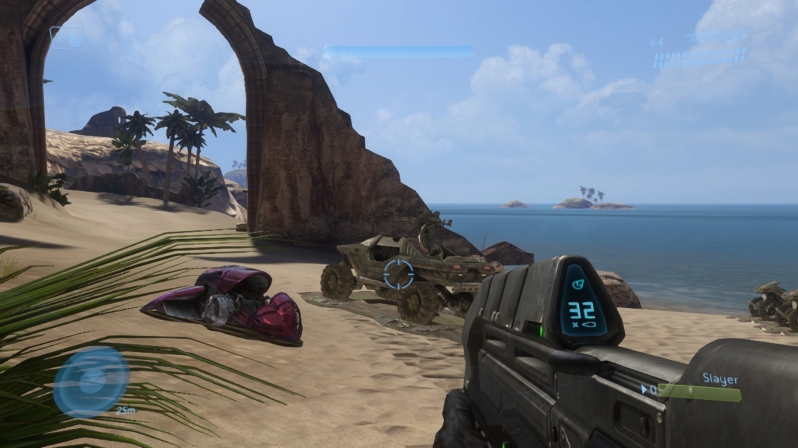 One of the benefits that the Xenia emulator offers is its ability to render Xbox 360 games at resolutions that are higher than originally intended. This allows classic Xbox titles to be rendered at ultra-high resolutions like 1440p or 4K. While Xbox One X and Xbox Series X can achieve the same feat though backwards compatibility on supported titles, Xenia gives gamers another way to preserve the Xbox 360's game library, and can support games that Microsoft hasn't on their newer systems.

With FSR, CAS, and FXAA support, PC gamers have another avenue to explore that will allow gamers to play classic Xbox 360 titles at higher resolutions than their original console versions. While square 2x2 and 3x3 upscales will offer the highest levels of image quality, AMD's FidelityFX Super Resolution is able to deliver similar results with a much lower performance impact. This should come as great news for those without extremely powerful gaming PCs.

You can join the discussion on the Xenia Emulator and its support for FSR, FXAA, CAS and more on the OC3D Forums.