Two free games to add to your PC libraries

Total War Warhammer is a strategy game that combines a turn-based empire building campaign with real-time battles. Within the world of Total War Fantasy, players can control various races/factions that include vampires, humans, orcs (Greenskins), dwarfs, and more.

City of Brass is a first-person dungeon crawler where players traverse a procedurally generated city to as they hunt for treasure. The City of Brass is filled with traps and enemies to content with, and each play through of the game will be different from the last.

Next week, the Epic Games Store will be giving away two more games, Rogue Legacy and The Vanishing of Ethen Carter. These games will be available for free on April 7th, with the deal starting at 4 PM BST.

PC gamers can grab their free copies of Total War Warhammer and City of Brass here. 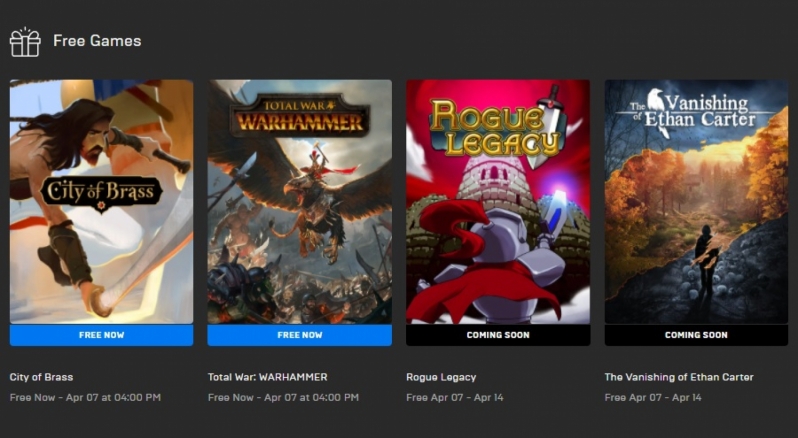 You can join the discussion on Total War Warhammer and City of Brass becoming available for free on the Epic Games Store on the OC3D Forums.