Total War Warhammer III's patch 1.3.2 is a godsend for modders

If you are playing a modded version of Total War Warhammer III, today's patch is a must download for you. Following the game's last update, performance problems were found within the game, and these performance issues scaled in intensity as gamers installed more mods for the game.

In the post below, Creative Assembly has detailed their newly fixed issue and have thanks their playerbase for bring this problem to their attention and helping to narrow down the issue.

Good day, WARHAMMER III fans! Today’s hotfix comes with a fix for a major issue highlighted by the community following our last game update: a performance problem that scales based on the number of mods being run in the game.

In a recent hotfix, it appears that we inadvertently removed some data that the game was continuing to search for—a search that would end up being run more often as you added mods. While recent changes made this an issue for Steam users, today’s fix should result in small performance gains during Battles on ALL PC platforms where Total War: WARHAMMER III is available! The build will be available on Steam and Epic now and will be released on the Microsoft Store within the next hour.

As always, thanks to the individuals and communities who dug into the issue, provided the details that helped narrow down the problem, and brought it to our attention! Your persistence (and patience) will continue to lead to gains on the performance front, so keep the feedback coming!

See you on the battlefield! 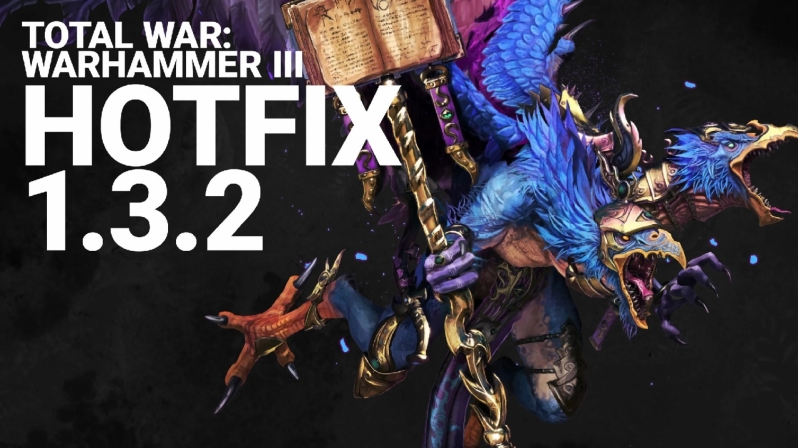 Creative Assembly has asked their players to "keep the feedback coming", as this will "continue to lead to gains on the performance front".

You can join the discussion on Total War Warhammer III's patch 1.3.2 on the OC3D Forums.

NeverBackDown
That would explain my pitiful performance the other day... Thanks Mark for the heads upQuote
Reply