Ubisoft blames 3rd parties on performance issues within their games

In a recent Tweet, Ubisoft called on their users to disable background applications to boost the performance of their PC software, stating that popular software can lead to "performance issues or crashing" with their software.

Applications like Discord and TeamSpeak are popular 3rd party chat options for gamers, enabling communications outside of in-game options. These applications are vital to many PC gamers, as are performance analysis applications for those who want to optimise their game's graphical settings.

Since publishing their original Tweet, Ubisoft has edited their linked help page to remove their list of 3rd party applications. Now, Ubisoft recommends disabling "Certain Microsoft services or third-party software running in the background", suggesting that PC gamers "disable all programs temporarily" and then "re-enable them one by one" if disabling these programs results in a performance increase.

In Ubisoft's list of apps that are "likely to interfere with Ubisoft Games", the company listed RGB controllers and game optimisers like Razer Synapse and SteelSeries Engine. Note, that Ubisoft frequently partners with Corsair to integrate their RGB controller software, Corsair iCUE, into many of their games. Most recently, Corsair iCUE support was integrated into Far Cry 6.

Corsair iCUE was not listed in Ubisoft's list of background apps, but its competitors were. It is also worth noting that iCUE is also a hardware monitoring software, placing it in the same pool as MSI Afterburner. Ubisoft's list is clearly showing a little favouritism... 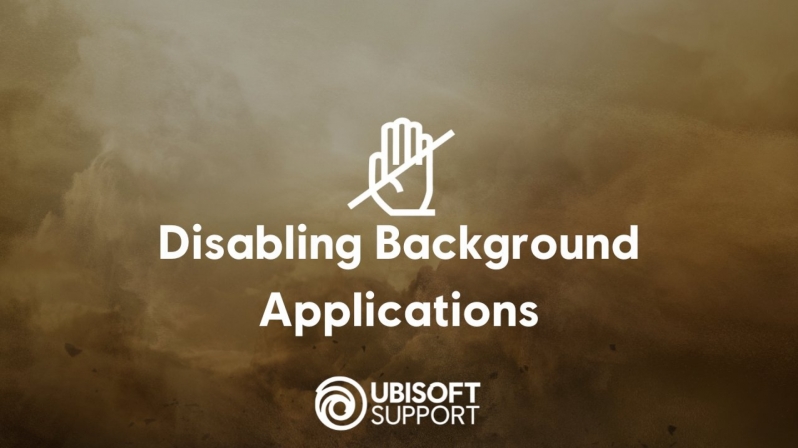 It is rich of Ubisoft to blame the performance of their software on 3rd parties, especially for a company that is famous for releasing many PC games in a poorly optimised state. Remember the CPU performance is Watch Dogs Legion at launch and the performance issues in games like Assassin's Creed Origins?

Ubisoft is also famed for its use of combined DRM solutions, pairing VMProtect with Denuvo to create a cocktail that is hard to crack but damaging to the overall performance of some of their games. Even in recent history, Ubisoft has received criticism for the performance of Far Cry 6 on PC, as that game is very CPU-limited in many situations.

You can join the discussion on Ubisoft blaming background apps like Discord on PC performance issues on the OC3D Forums.

looz
Apps using GPU acceleration in the background is hardly a compatibility issue.Quote

Bagpuss
Two years after release and they still haven't fixed the hard locks that plague 'The Division 2', in DX12 mode, at least.Quote

KingNosser
Assassins creed unity, they had no faces due to them apps did they ubi i mean seriously LULQuote

Peace Đ
What about... I don't know... Uplay running in the background?! Like you say, they should focus on making their games run well while TS and Discord are running as well as RGB software.

But I can agree that some RGB software is pretty demanding.Quote

demonking
Maybe we coded a really poorly optomised game.....
No its the users, all of them and their dam programsQuote
Reply