Ubisoft has officially released Anno 1800's final PC system requirements, revealing that the game will also have an open beta on both Uplay and the Epic Games launchers between April 12th and April 14th. The final game launches on April 16th.

With these new system requirements, Ubisoft has also confirmed that Anno 1800 will support both DirectX 11 and DirectX 12, though at this time it is unknown which API will offer the best performance in-game.

Ubisoft has also confirmed that English, German, French and Russian will be supported in both text and audio formats while Italian, Spanish, Japanese, Korean, Polish and Chinese (traditional and simplified) will be supported in text-form (with no audio support). The game's open beta will support all of these languages. 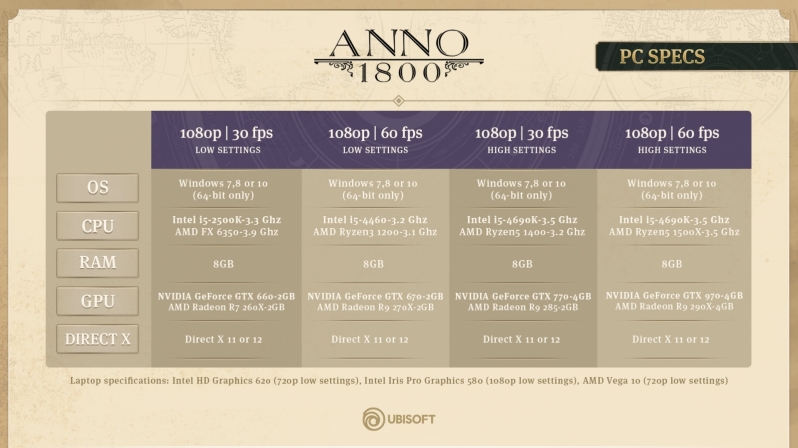 You can join the discussion on Anno 1800's final PC system requirements on the OC3D Forums.

NeverBackDown
I hope it's a good dx12 pipeline. Late game CPU optimizations is where my concern isQuote
Reply