A new Assassin's Creed is coming

Expect to see the future of Assassin's Creed at Ubisoft Forward

Gamers can expect to hear more about Assassin's Creed Mirage at Ubisoft's next Ubisoft Forward livestream, which will be hosted on September 10th at 8 PM BST. 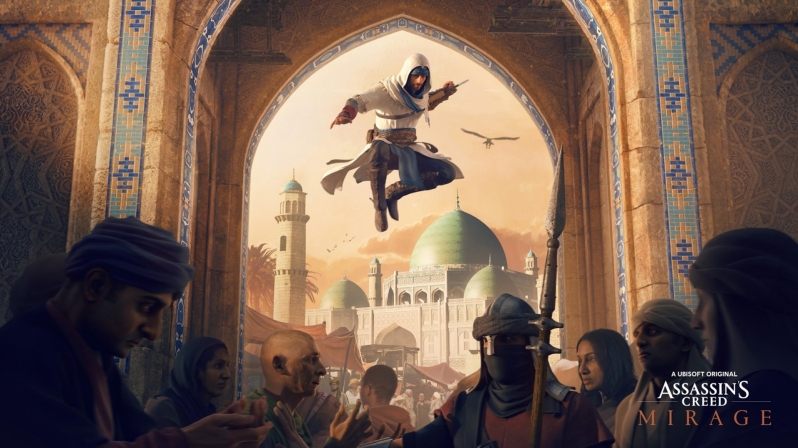 Ubisoft Forward is less than ten days away, so gamers will not need to wait for long before they will have new details about Ubisoft's latest Assassin's Creed title.

You can join the discussion on Assassin's Creed Mirage on the OC3D Forums.

NeverBackDown
If it's truly trying to get back to it's root I'm all for it. I do hope they bring back multiplayer like they did with Brotherhood. That was actually pretty fun back then

Last games were fun, just not Assassin's Creed at all.Quote

Avet
I hope they implement some of the mechanics of the Prince of Persia trilogy. AC games are too dumbed down so that retarded 12-yearolds can play them. Hold two buttons and you jump and climb automatically. Cmon. If current target audience would encounter the equivalent of Dahaka chase they would instantly request money back.Quote

ImprovizoR
It needs to be a 30h experience at the most. I like games with replay value. I will never replay AC Origins and AC Odyssey because of their ridiculous length. And unlike real open-world RPG's, those games don't have anything to offer to get players to play through them again. I did not even bother with Valhalla.Quote

Warchild
Quote:
Im the complete opposite. I never returned to a game once I have finished it, unless its a point n click adventure that i have not played for years.Quote

Digikid
Every single AC game after Black Flag series has been absolute garbage. Until they go back to that type of game.....AC is done for.


Let's hope they learned that lesson and went back to the games roots. No more of this RPG crap.Quote
Reply