Ready for the next generation of Far Cry?

In Far Cry 6, players will be placed within the fictional Caribbean country of Yara, which is ruled by a ruthless dictator called Anton Castillo, who will be played by Breaking Bad's Giancarlo Esposito.

Castillo and his son Diego are said to be trying to return Yara to "its former glory", with their "ruthless oppression" kickstarting a revolution. Players will be placed in the shoes of Dani Rojas, a Yaran local who will become a guerrilla fighter who will help liberate the nation.

Paradise has a price

“Are you evil? Are you a monster?” a ruthless dictator asks his son as they watch protesters call for revolution in the streets. Anton Castillo rose to power on the promise of restoring the once-prosperous island nation of Yara back to its former glory, and plans to forge his vision of paradise by any means necessary. With his 13-year-old son Diego dutifully at his side, Anton has the future of Yara clenched tightly in his hands.

Yara lies in the heart of the Caribbean, a tropical paradise frozen in time. Decades of economic sanctions have devastated the nation, leaving it impoverished and divided. While some Yarans follow Anton blindly, others are subjugated in the name of restoring paradise. As the brutality of his rule reaches a fever pitch, outrage boils over and the fire of insurrection ignites across the country.

In Far Cry® 6, players are immersed in the adrenaline-filled, chaotic world of a modern-day guerrilla revolution. Engage Anton’s regime in intense combat through lush jungles and dense cities as Dani Rojas, a local Yaran swept up in the chaos. In a fight where you must use what you have to make what you need, employ an arsenal of unique and surprising new weapons, vehicles, and animal companions to unite a revolution that will burn the tyrannical regime to the ground.

You can join the discussion on Ubisoft's Far Cry 6's upcoming gameplay reveal on the OC3D Forums. 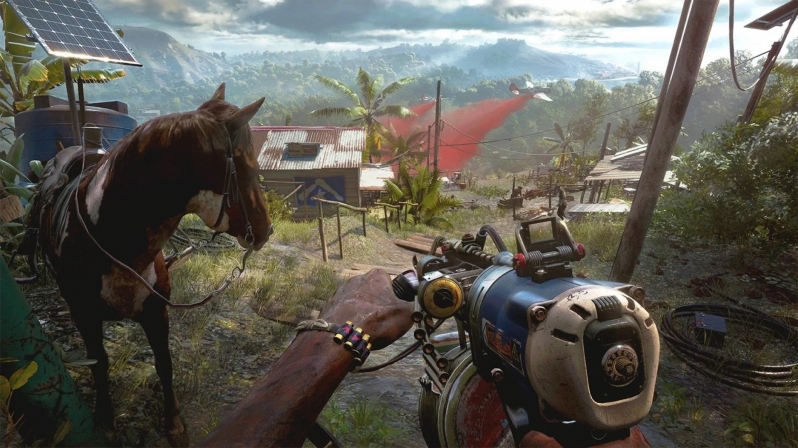 MiNo
Might as well wait until we can buy graphics cards again.Quote

Warchild
Quote:
Milk it while its hot.Quote

NeverBackDown
Haven't played any since FC3. Just looked to be the same thing over and over again just a new place to blow things up.Quote

AngryGoldfish
Quote:
And villains who are very James Bond-esque in their eccentricities. I'd like to see a more linear Far Cry again, or maybe somehow marry the two together in a unique way.Quote
Reply