What is a Mesh Shader?

Mesh Shaders are a new way for developers to tackle geometry processing, allowing for simplified graphics pipelines, allowing software creators to have more control and flexibility over their work.

With Mesh Shaders, developers can split meshes into smaller meshlets and process these meshlets in parallel, enabling increased performance levels and higher levels of hardware efficiency. This technique can also be beneficial for geometry culling, ensuring that only visible meshlets are shaded.

Below is a more in-depth description from UL Benchmarks.

In 3D graphics, a mesh is the set of vertices, edges and faces that define the shape of an object. In current graphics pipelines, all the geometry data in a mesh must be processed sequentially before any further steps can be taken. This can be a significant performance bottleneck.

Mesh shaders replace the old approach with a new model that brings the power, flexibility and control of a compute programming model to the geometry pipeline.

Mesh shaders can process small sections of a mesh, called meshlets, in parallel with a much greater degree of flexibility and control.

You can read more about mesh shaders on the Microsoft DirectX Developer Blog and in the DirectX Functional Spec.

The test goes through two render passes, the first of which uses traditional geometry culling practices while the second used Mesh Shaders. The average framerates of both tests are recorded, showcasing a percentage difference in performance at the end of the test. Using this test, gamers and developers can learn more Mesh Shaders can improve the performance of supported games/software.

This feature test also features an interactive mode that can help gamers and developers visualise the benefits of Mesh Shaders. 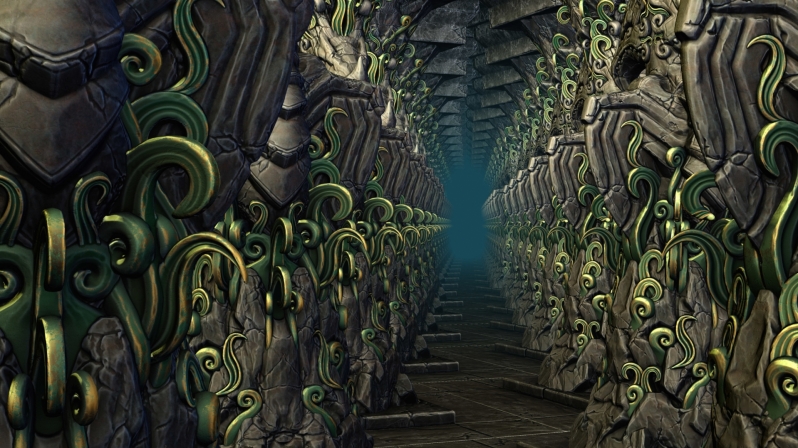 To use this feature test, 3DMARK owners must be using a system with Windows 10 installed (version 2004 or newer) and a graphics card that supports DirectX 12 Ultimate at a hardware and driver level.

In the future, UL Benchmarks plans to release a feature test which showcases the benefits of Sampler Feedback, giving UL benchmarks dedicated feature tests for all of DirectX 12 Ultimate's key features.

You can join the discussion on UL Benchmarks' Mesh Shader Feature Test on the OC3D Forums.

KingNosser
Quote:
Driver update last night, should be much better.Quote

Gambit2K
Quote:
That did it, thanks