XeSS works on GPUs from AMD, Nvidia, and Intel

Want to try out XeSS? 3DMARK has a new feature test for that

With XeSS, Intel has given the world an AI-upscaling technology that supports GPU hardware from multiple manufacturers. Unlike Nvidia's DLSS technology, XeSS is supported on hardware from their competitors, though it is optimised for Intel's ARC A-series GPUs.

To highlight the benefits of Intel's XeSS technology, UL Benchmarks has released a new feature test for 3DMARK that allows PC gamers to try out Intel's new AI upscaling technology and see how it compares with the company's temporal anti-aliasing (TAA) solution.

Using UL Benchmarks' XeSS feature test, 3DMARK runs two scenes one after the other. The first scene uses TAA while the second uses XeSS. The XeSS version is upscaled from a lower resolution, allowing supported graphics cards to run the scene at a higher framerate. After both scenes finish, the average framerate of both are compared. The feature test than expresses the performance gains offered by XeSS as a percentage.

3DMARK's new XeSS feature test is available now to owners of 3DMARK who have access to the benchmarking suite's Port Royal benchmark. This is a paid add-on for those who purchased 3DMARK before 2019, and free to newer owners of the benchmarking utility. 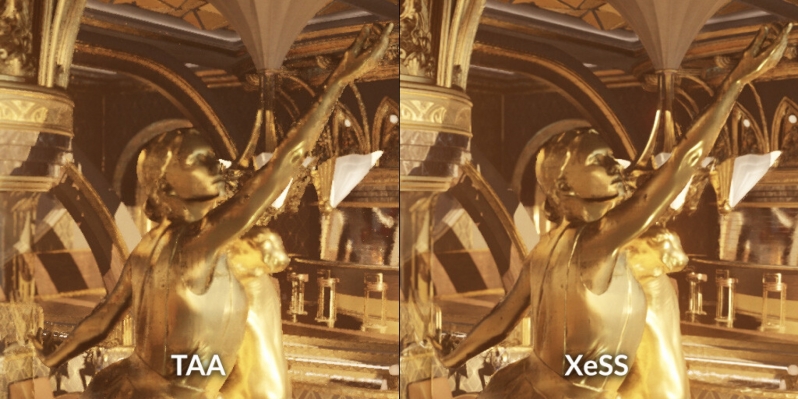 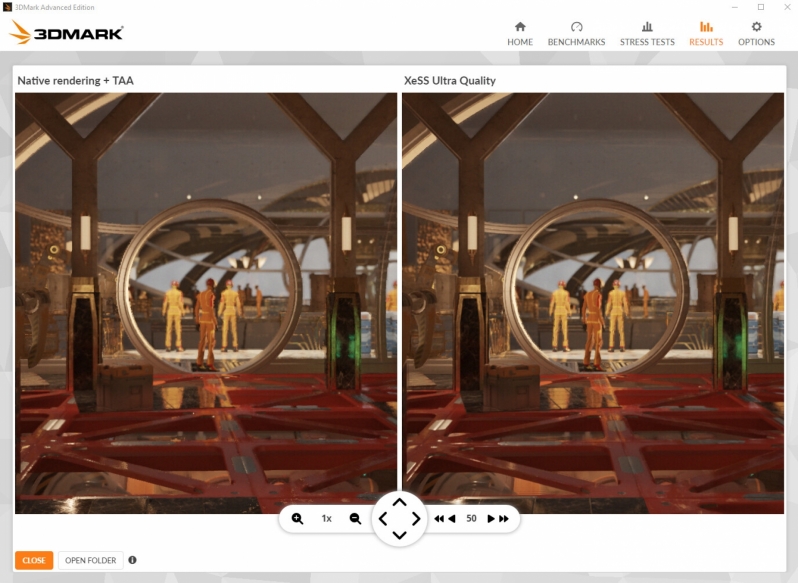 The test renders a scene based on the 3DMark Port Royal benchmark two times to show the effect XeSS has on performance and image quality. The first run measures baseline performance by rendering the scene with temporal anti-aliasing (TAA) at the output resolution.

The second run renders the scene at a lower resolution and then uses the selected XeSS mode to upscale the frames to the output resolution.

The result screen shows you the average frame rate from each run and the difference in performance expressed as a percentage. 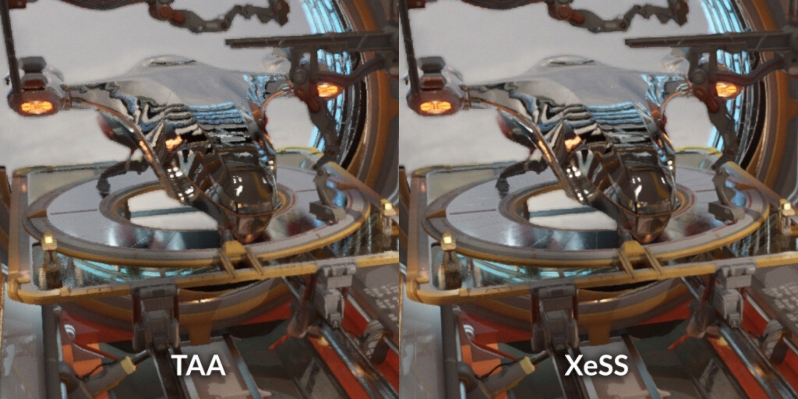 The 3DMark Intel XeSS feature test includes the frame inspector tool. This tool lets you compare image quality with a side-by-side view of Intel XeSS and native-resolution rendering. You can render up to 100 consecutive frames from the feature test and freely pan around or zoom in up to 32x.

XeSS (Xe Super Sampling) is a new Intel graphics technology that uses AI-enhanced upscaling to improve performance while maintaining high image fidelity. XeSS renders each frame at a lower resolution to boost performance and then uses AI upscaling to generate frames at the target output resolution.

The Intel XeSS feature test is a free update to 3DMark Advanced Edition for users who purchased 3DMark after January 8, 2019. You can buy 3DMark on Steam or direct from the UL Benchmarks website.

To run the Intel XeSS feature test, you must have a GPU that supports Intel XeSS and Microsoft DirectX ray tracing Tier 1.1. XeSS compatible GPUs include Intel Arc GPUs, as well as AMD Radeon and NVIDIA GeForce GPUs with Shader Model 6.4 support. You also need Windows 11 or Windows 10 64-bit, version 20H2 or newer.

If you already own 3DMark but bought it before January 8, 2019, you'll need to buy the Port Royal upgrade to unlock the Intel XeSS feature test.

You can join the discussion on UL Benchmarks' XeSS feature test on the OC3D Forums.