Ultima Underworld and Syndicate have returned to GOG - Both are currently free!

Ready to pick up some free PC gaming classics?

Ultima Underworld and Syndicate have returned to GOG - Both are currently free!

Earlier this year, Syndicate and Ultima Underworld were removed from GOG at the request of EA, the game's publisher. When both games were removed from sale, neither EA nor GOG explained why. These events lead to outcry from fans of both franchises.

In an announcement regarding the return of these games to GOG, EA said the following.

Syndicate and Ultima Underworld are back! It seems that twenty years on there’s still plenty of love for these titles so we’re pleased to confirm that effective immediately they’ll be available again on GOG, and we’ll be keeping them in the store for the foreseeable future. To celebrate this we’re offering these games as a free download for four weeks.

Below are links to the GOG pages of all four of these free PC gaming classics. 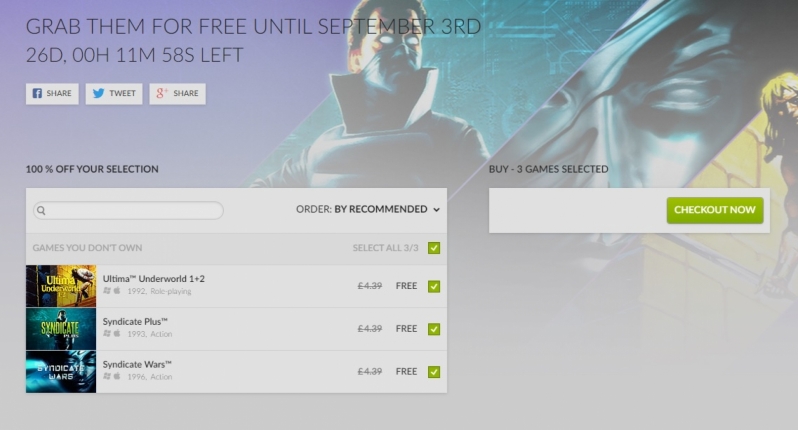 You can join the discussion on Ultima Underworld and Syndicate returning to GOG on the OC3D Forums.