Here's what you need to run Uncharted: Legacy of Thieves Collection on PC

It's official, Uncharted: Legacy of Thieves Collection is coming to PC on October 19th, arriving through Steam and the Epic Games Store. In the UK, the game collection is available to pre-order for £44.99, and will include the content of both Uncharted 4: A Thief's End, and Uncharted: The Lost Legacy.

On PC, Sony has confirmed that Uncharted: Legacy of Thieves Collection will support upscaling in the form of AMD's FidelityFX Super Resolution 2.0 technology. The game will also support Sony's DualSense controller and DualShock 4 controller, Xinput gamepads and mouse/keyboard controls. 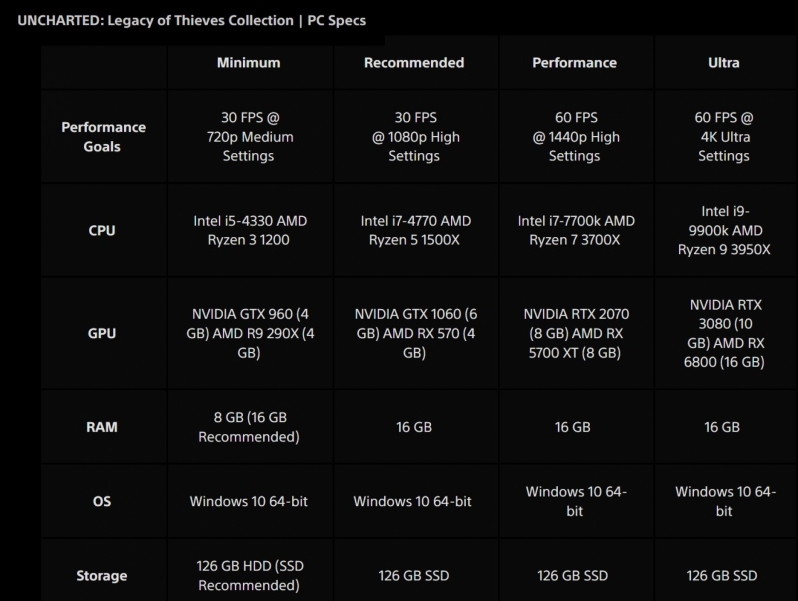 You can join the discussion on the Uncharted: Legacy of Thieves Collection's PC release date and system requirements on the OC3D Forums.