Uncharted PC Collection to include all five games - Leak Suggests

It looks like PC gamers are in for a treat

Uncharted PC Collection to include all five games - Leak Suggests

Sony has already confirmed that a PC version of Uncharted 4 is in the works, and that fact alone gives today's PlayStation-to-PC rumours a little validity.

A ResetEra post has showcased an image of what appears to be a scheduled Tweet announcing Uncharted The Naughty Dog PC Collection, revealing the collection with a December 7th release date for Steam and the Epic Games Store. This collection includes all Uncharted games, including Drake's Fortune, Among Thieves, Drake's Deception, A Thief's End and The Lost Legacy.

The image below contains references to Nixxes Software, a studio that Sony has acquired to assist with future PlayStation-to-PC game conversions. Sony's Tweet will reportedly go live at 10 am (no time zone specified) on September 6th, revealing the trilogy three months before its rumoured launch date.

With the Uncharted movie releasing in early 2022, it makes a lot of sense for Sony to release PC versions of its Uncharted games. The PC release of the game series will create hype for the upcoming movie, and the movie will create new interest in the game series. If Uncharted 4 (and The Lost Legacy) also gets a 60 FPS patch for PlayStation 5, like The Last of Us Part 2 did, PlayStation 5 fans will also have another reason to give the games a try.

Yes, the source behind these Uncharted PC rumours is a tad dubious, but it makes financial sense for Sony to bring the Uncharted franchise to PC. The success of Day's Gone and Horizon: Zero Dawn on PC speaks for itself, and the release of the Uncharted series on PC would undoubtedly create more interest in the Uncharted movie. It's a win-win for Sony. 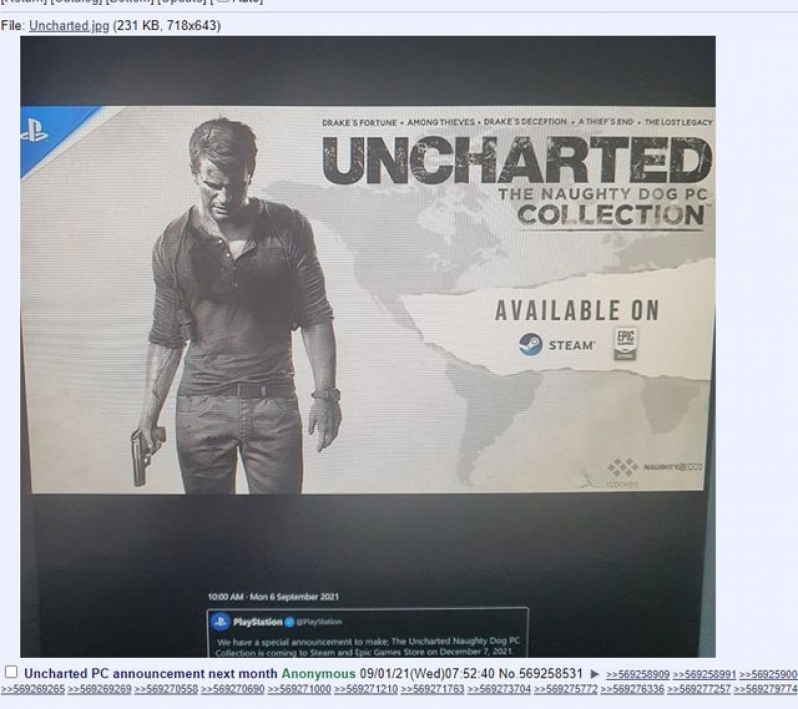 Right now, Sony's business strategy is to release its games first on PlayStation consoles and launch PC versions later, prioritising their console users. PC gamers will be getting access to a lot of new Sony content over the next few years, but PC gamers shouldn't be expecting any new PlayStation games to arrive on PC at the same time as PlayStation 4 or PlayStation 5. PC is an avenue for Sony to give its IP a second life and another avenue for profits. PlayStation's core focus will remain on the console market.

With Uncharted: The Lost Legacy, the most recent Uncharted title, releasing in 2017, the franchise has clearly had a long enough exclusivity period on PlayStation consoles to prevent PC from cannibalising Sony's console sales. Now is the time for Sony to bring the series to PC, and we hope that Sony makes things official soon.

You can join the discussion on Sony's rumoured Uncharted The Naughty Dog PC Collection on the OC3D Forums.

Special thanks to Dicehunter for bringing these rumours to our attention. 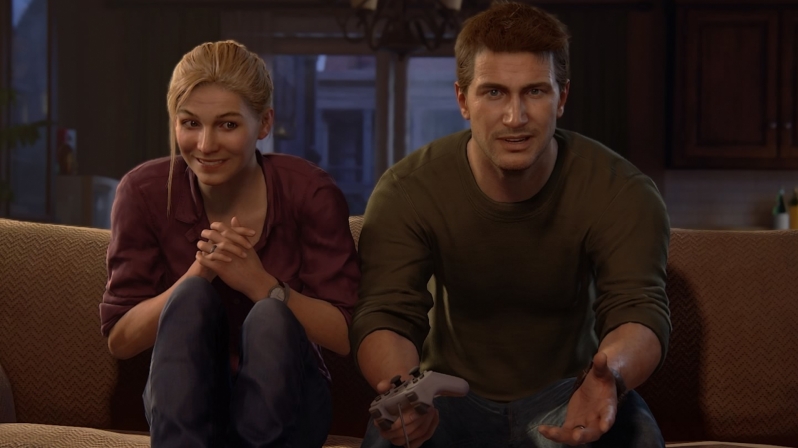 dazbobaby
Wow, all five. Now that is impressive.
I just hope they include co-op from the 3rd game, now that was bloody good fun.Quote

Warchild
I finally get to try them out. Between this, last of us and God of War. There is alot that I have missed.Quote