Valve' Half-Life Alyx is due to release today on PC, delivering one of the VR markets most premium experiences to date. This is Valve's attempt to create a AAA VR game, and it has already caused a worldwide shortage of VR headsets. Even so, the problem with Half-Life VR is accessibility.

A lot of PC gamers can't afford a VR headset, giving gamers a huge upfront cost to tackle before they can start enjoying Half-Life: Alyx, especially for those who wish to use Valve's premium Index headset. Fear not though, because Valve has made Half-Life Alyx easy to stream, allowing gamers to see Half-Life Alyx in action on websites like Twitch and Mixer.

For starters, Half-Life Alyx has a feature called the Spectator HUD, which will allow streamers to set the HUD size to a different scale to the in-headset game. This means that VR streamers will see the HUD from their headsets, but they could choose for their audience to see no HUD, or the HUD with small, medium or large sizes.

Next up, we have Spectator Camera Smoothing, which will be one of the most critical settings for Half-Life Alyx for streaming. This setting will smooth out camera movement to make the game easier to watch. The feature comes with several smoothing modes, but none of them impacts the in-headset experience, with Valve claiming that the feature jas "minimal to no impact on performance".

And finally, we have Spectator Eye, which will allow gamers to choose which eye the spectator view will be based on. Valve recommends the eye that players will use to aim with, to create some lovely aiming down the sights moments with weapons.

In Valve's guide, the studio has also listed several console commands which will deliver more fine-grained control over Half-Life Alyx, and has provided the settings that Valve has used to create its Half-Life Alyx trailers.

When does Half-Life Alyx unlock?

Below is a list of times for when Half_Life Alyx will unlock worldwide. 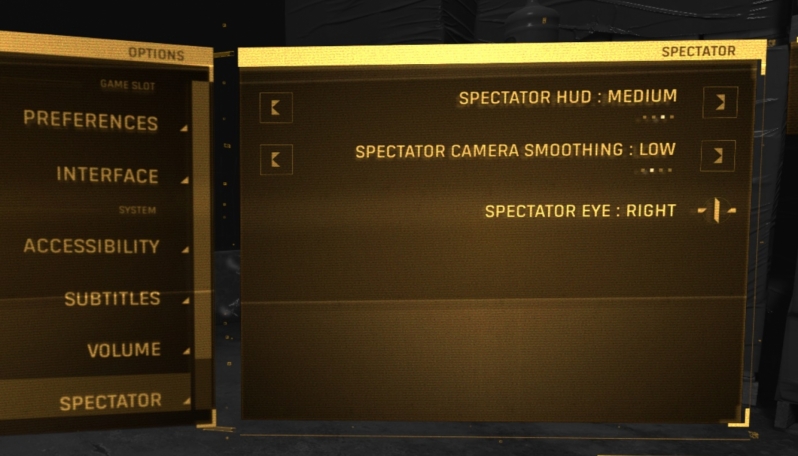 You can join the discussion on Half-Life Alyx streaming on the OC3D Forums.