Today, the Khronos Group has officially added Ray Tracing extensions to their Vulkan API, moving the API's support for Ray Tracing from Provisional to Official status.

On GitHub, the change has already been noted, though the Khronos Group is yet to announce the change officially. As of version 1.2.162, Vulkan officially supports ray tracing, further embedding ray tracing into the modern gaming feature set.

Vulkan now contains the following extensions, all of which are due to be supported soon by RTX series Nvidia graphics cards and RDNA 2-powered AMD GPUs.

Before now, ray tracing was only available on Vulkan through Nvidia made extensions, which were optimised for Nvidia's RTX hardware. Now, Vulkan supports Ray Tracing extensions which can be used by all vendors and are not optimised for a specific brand of graphics hardware. 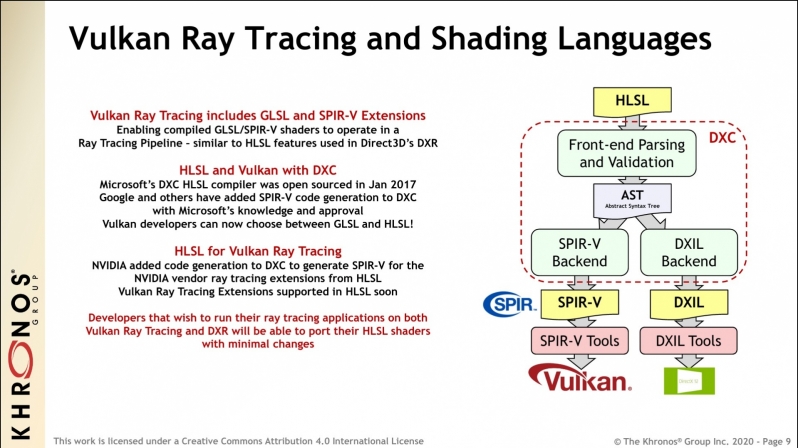 The Khronos Group has designed their ray tracing extensions to be easy to use, supporting many of the game features as Microsoft's DXR API as well as some additional features.

Developers who are currently using DXR should find Vulkan's Ray Tracing support to be easy to implement, and the API's support for HLSL shaders should allow DXR ray tracing calls to be translated to Vulkan calls with future versions of VKD3D or Proton. Playing ray-traced Windows games on Linux should be possible in time, which is great news for Linux lovers.

This Vulkan update also gives developers the ability to develop ray traced games on PC without Microsoft's DirectX 12 API. This adds some much-needed developer choice to creators and makes the transition to ray-tracing easier for developers who are already familiar with the Vulkan API. 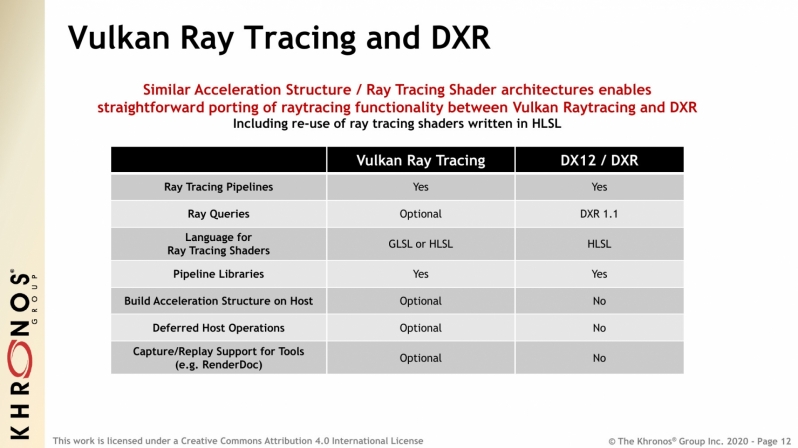 You can join the discussion on Vulkan gaining official support for ray tracing on the OC3D Forums.