Instance batching has delivered performance gains as large as 77%

War of Rights' Update 181 promises better visuals and huge performance gains
Update 181 for War of Rights, the multiplayer American Civil War shooter has been released, and it has added to the game Steam Achievements, increased draw distances, and a "magic" performance enhancing feature called "instanced batching".
With instanced batching, War of Right's performance has been shown to increase by as much as 77% (45.2 FPS to 80.2 FPS) on a system with a Ryzen 7 1700X processor and an RTX 3060 graphics card at very high settings. This feature significantly reduces CPU overhead on the render thread, making this CRYENGINE game a lot less CPU limited.

Below is what Campfire Games, War of Rights' developer, had to say about their addition of instanced batching to their game.

Rendering for common world objects such as fences, buildings and vegetation is now binned to be rendered in instanced batches. This results in a significant CPU overhead reduction on the render thread, especially noticeable in areas with far view distances. In addition to the world rendering overhead being reduced, the per-frame setup of dynamic render objects is now much faster. 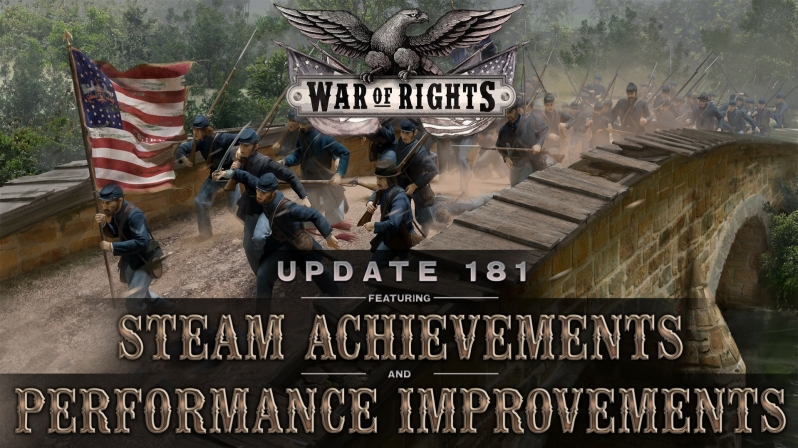 Alongside War of Rights' performance enhancements, users of high-end gaming PCs will be able to increase the maximum view distances of trees and bushes by 25%, the maximum draw distances of non-vegetation objects by 40%, and increase the view distance of indirect light bounces (using SVOTI) by 300%. Additionally, the game can now handle 5x more rendered character shadows, with the game moving from 30 to 150 rendered shadows at very high settings.

With update 181, War of Rights will both look better and run at higher framerates on most modern gaming PCs. This is great news for fans of this American Civil War era shooter, and a huge achievement by the game's development team.

You can join the discussion on War of Rights' performance boosting patch on the OC3D Forums. 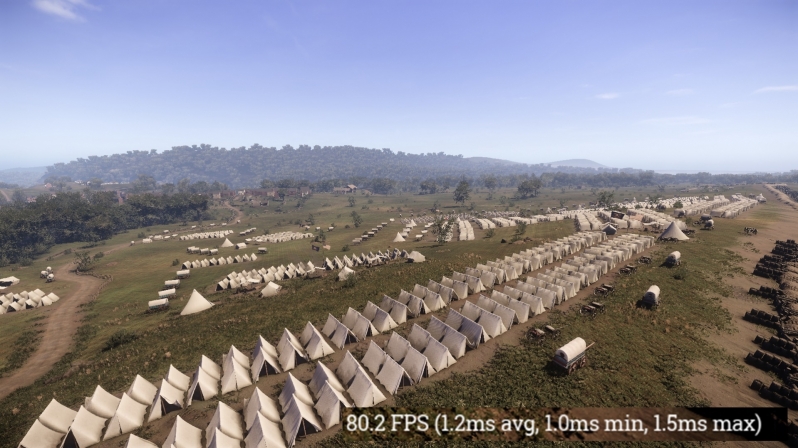