In Spiderbot Arena, gamers will take control of Spiderbots and compete in a deathmatch against other players, uncovering weapons and other upgrades along the way to create the strongest battle bot.

Watch Dogs Legion;'s multiplayer mode will be a separate instance of the game's dystopian London from the game's single-player modes, allowing players to create a separate cell of DeadSec for the game's free-roam and co-op game modes.

In Tactical Ops mode, players will take part in 5-part multi-mission challenges where players must work together to complete a series of challenges. This mode is similar to Grand Theft Auto 5's Heists, requiring strong teamwork and communication to achieve success.

In the game's shorter co-op missions, players will be able to team up to complete smaller objectives, offering gamers more bite-sized pieces of content than the game;'s longer Tactical Ops missions. These missions are also more flexible and can be played with fewer than four players.

- Free-roam open-world co-op where players can team up with their friends for up to four players. Players can explore London, encounter city events, complete challenges and participate in side activities.

- New co-op missions for two-to-four players using new co-op gameplay mechanics. This will also give players the opportunity to recruit the perfect team and fight back against London threats across the most iconic landmarks of the city.

- “Leader of the Pack,” the first four-player co-op Tactical Op which will require teamwork and efficiency. It’s made of five interconnected narrative missions which are endgame content, made for players who are seeking a challenge. Players will need to strategise and communicate effectively with their teammates. Players will also have to ensure they have upgraded gadgets and recruited a strong cast of characters.

You can join the discussion on Watch Dogs: Legion's multiplayer mode launching next month on the OC3D Forums. 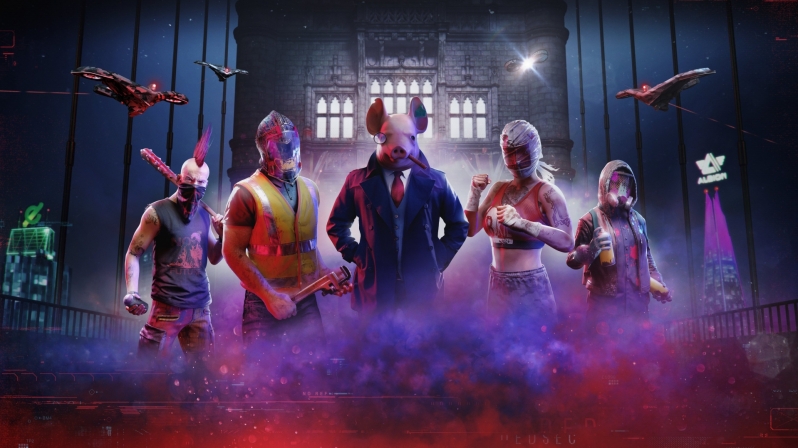 Dicehunter
I wish they'd release a time limited demo of this, I'd love to see the RT effects.Quote
Reply