It's official, Windows 10 is now Microsoft's most used OS, surpassing Windows 7 in terms of market share globally, controlling 42.78% of the global market as of January 2018.

Windows 7 remains widely used, with 41.86% market share, with Windows 8.1 being a far away 3rd place with 8.72% of the market. Despite the OS' lack of security support, Windows XP still has 3.36% market share, a decrease of 2.36% since this time last year, though this remains a concerning figure given how many security holes are unpatched on the OS.

Windows 10's use has been growing over the past few years, capitalising on the decline of Microsoft's older operating systems like Windows 8/8.1, 7 and XP, though the OS is still a long way off 50% market penetration. With Microsoft's plan being to update Windows 10 over time, rather than replace it with a new iteration within the next few years, it seems likely that Microsoft will be able to achieve this goal, especially as the use of Windows 7 continues to decline. 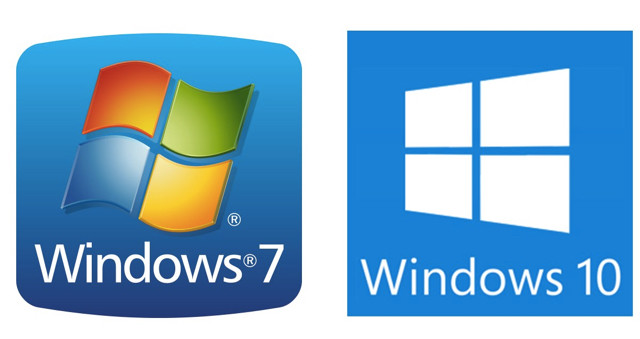 Over the past year Window's 10's market share has increased by almost 10% while Windows 7 has lost over 5% of its market share. Given these trends, it seems likely that Windows 10 will be able to reach over 50% market share by 2020, making the new OS dominant within the market.

You can join the discussion on Windows 10 officially becoming Microsoft's most used OS on the OC3D Forums.

Digikid
Yeah and half of that was because it was forced.Quote

NeverBackDown
Quote:
Was never forced. You also could roll back.Quote

Pr3d4t0r
Quote:
Had 3 calls from family members asking to help with their pc because it's "broken", only to find it upgraded itself to w10.

Sure rollback is a thing, who do you think outside of more knowledgeable user base can do that, or even know what happened to their pc?

Windows 10, was 100% forced product, to a point where they allowed all hacked copies to upgrade for free and it became "free os" because everyone would just put cracked os on and just upgrade it to a legit license...

Windows is becoming a go to, and finally they realised they don't really have any competition, so they can do whatever they want, force apps on your pc? no problem. track your every activity on your pc? sure why not. Use your pc to p2p windows updates over internet? who needs update servers.Quote
Reply