Today, Bethesda has given gamers another reason to look at Wolfenstein II: The New Colossus, offering a free demo version of the game on PC, PS4 and Xbox One, a demo that features the entire first mission of the game.

This demo releases on the same day as the start of Steam's Autumn sale, where Wolfenstein II's Digital Deluxe Edition is available with a 50% discount. This version of the game costs £27.49 at the time of writing, offering users the base game and it's "The Freedom Chronicles" Season Pass for £12.50 less than the game's launch price of £39.99.

These two events make today a great opportunity to try and/or purchase Wolfenstein II: The New Colossus, with this price decrease being exceptionally large given the fact that the game was originally released less than a month ago. 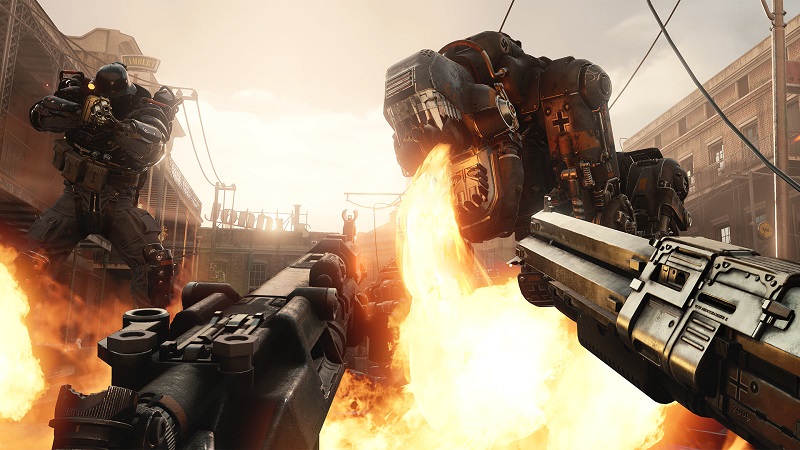 Those who are interested in downloading Wolfenstein II's demo on PC can do so on Steam, only requiring a free Steam account to access. Game progress will be carried over into the full game if the player eventually purchases it.

You can join the discussion on Wolfenstein II: The New Colossus' Demo version on the OC3D Forums.

MacLeod
I'm really looking forward to playing this. Going to upgrade my CPU and motherboard here in the next few days so I'll get that out of the way first. This can be the first game I play on my new...well refreshed system.Quote

AlienALX
Quote:
Just don't go in with any expectations. Combat is short, story and cut scene long. Actual times in actual missions is quite laughable really.Quote

I was done after only 7 hours, the whole game felt like one giant racist cut scene with brief moments of action, the weapon upgrades are minimal, dual wield loses it's charm early on.. this in my honest opinion is going to be yet another DLC cash cow.Quote

Bartacus
I got bored of it within 10 minutes, can't be bothered to play it again. Pretty enough game, but a total waste of the $45 I paid for it. I feel sorry for those that paid $80!Quote
Reply