Microsoft plans to host a new Xbox showcase at the start of Gamescom 2021, giving gamers a "front-row seat" as the company showcases what will be coming soon to Xbox.

Don't expect Microsoft to reveal any new titles during their Gamescom stream, but expect the Xbox team to deliver "in-depth updates from some of our previously announced Xbox Game Studios" and a look at games from Microsoft's "third-party partners" that will be releasing this year.

To warm you up for gamescom week we’ll be airing the official gamescom 2021 Xbox Stream, hosted by Parris Lilly and Kate Yeager. Join us on August 24 at 10:00am PT/6:00pm BST/7:00pm CEST to learn more about our biggest exclusive games line up ever.

You’ll get in-depth updates from some of our previously announced Xbox Game Studios titles alongside some of our third-party partners, including some of the incredible titles coming to Xbox this holiday, upcoming releases to our monthly subscription service, Xbox Game Pass, and much more.

During Gamescom 2021, Microsoft will be hosting a Gamescom 2021 sale on the Windows Store and Xbox Stores, giving gamers on PC and Xbox discounts of up to 75% on popular titles.

At E3 2021, Microsoft promised to deliver a strong first part gaming lineup, with Microsoft Flight Simulator coming to Xbox Last month and Forza Horizon 5 and Halo Infinite arriving later this year. Below are some of the major releases that are coming to Xbox Game Pass this year across PC and Xbox. 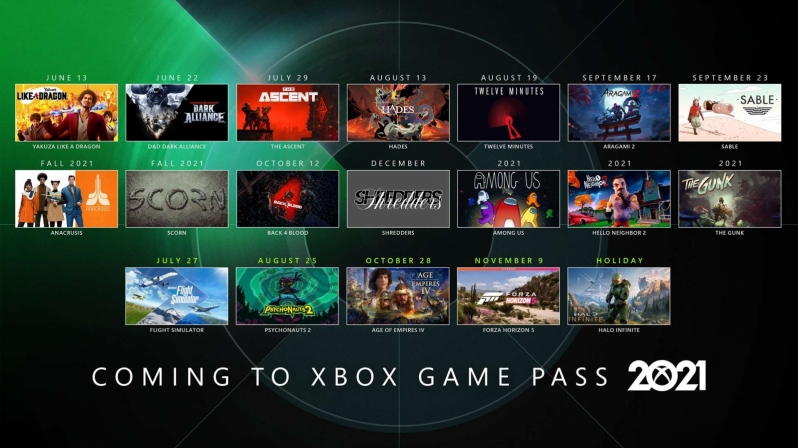 You can join the discussion on Microsoft's Gamescom 2021 livestream on the OC3D Forums.