XIII's remake is getting a major overhaul this September

XIII's getting a massive overhaul on September 13th

Let's face it, XIII's remake was terrible. There's a reason why the game's Steam rating is currently "Overwhelmingly Negative", and why the game's publisher, Microids, has decided to hire a new developer to fix the game post-launch.

XIII's lacklustre remake is now set to receive a major update on September 13th that will overhaul the entire game. Tower Five has been hired to create this update, and it is set to rework the entire game from its visuals to its audio and AI. After this update, expect XIII to effectively be a new remake of XIII.

On top of the game's enhancements, Tower Five will also be implementing XIII's 130player online multiplayer mode, a mode that was previously promised for the remake.

To achieve the quality standards and offer an optimal gaming experience, Microids decided to entrust the development of XIII Remake to the French studio Tower Five (Lornsword: Winter Chronicle). Hard at work for more than a year on a major update. This update will be released on September 13th.

On that date, owners of the game will receive a free update and enjoy the game as intended. The development studio reworked the entire game from the Art Direction to the AI and added numerous technical improvements.

Alongside the game's overhaul patch, XIII's remake will also be coming to Nintendo's Switch console and run at 30 FPS. For owners of current-generation consoles, PlayStation 5, Xbox Series X, and Xbox Series S, the game will be updated to support these new platforms with 60 FPS modes.

You can join the discussion on Microids remaking XIII's remake on the OC3D Forums. 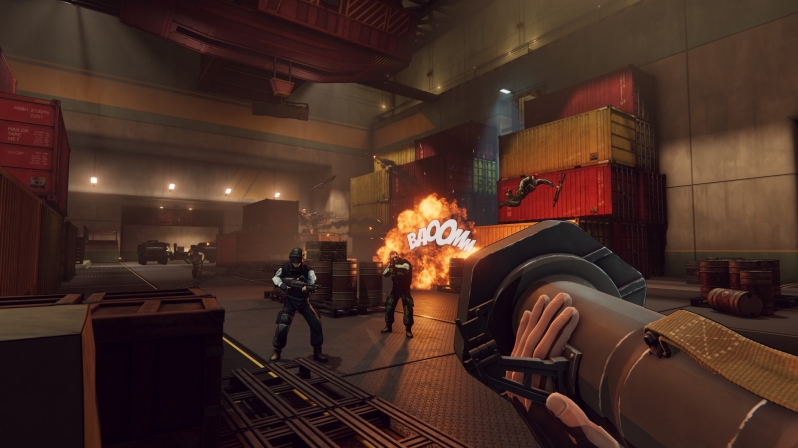