Yakuza: Like a Dragon runs at 900p 60FPS on Xbox Series S

Yakuza: Like a Dragon runs at 900p 60FPS on Xbox Series S

As part of a recent Xbox Series X/S live stream, it was confirmed that the Xbox Series X release of Yakuza: Like a Dragon would run at 1440p with a 60 FPS target and feature a higher resolution 4K 30 FPS mode for those who enjoy higher pixel counts.

As part of this stream, it was also confirmed that Yakuza: Like a Dragon would also operate at 1440p on Xbox Series S when using the game's high-resolution mode, but target a lower resolution of 900p when targeting a smooth 60 FPS framerate. That's right, 900p on an Xbox Series S.

With the game's combat moving toa turn-based system, Yakuza: Like A Dragon's gameplay benefits a lot less from smooth 60 FPS framerates than older Yakuza titles. Even so, a lot of gamers are going to be disappointed that Yakuza: Like a Dragon's performance on Xbox Series S.

While some will see Yakuza: Like a Dragon's 900p 60 FPS mode on Xbox Series S as a disappointment, it must be noted that last-generation systems cannot run the game at framerates over 30 FPS. If anything, delivering a 60 FPS mode is a win for Xbox Series X/S, even if it runs at a lower than desired resolution. 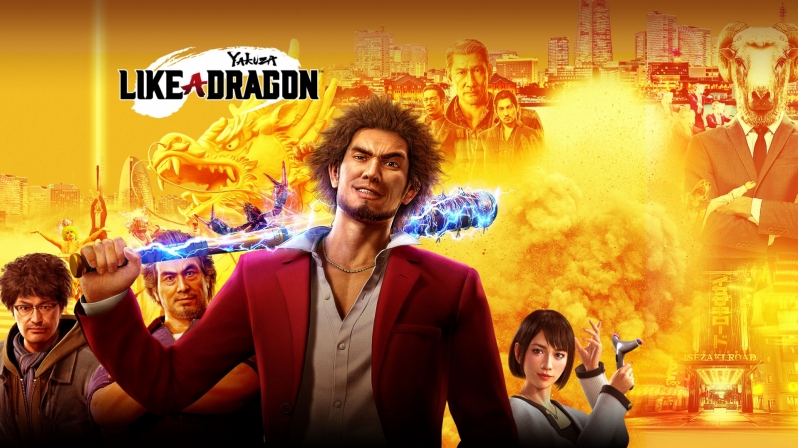 You can join the discussion on Yakuza: Like a Dragon's 900p 60 FPS mode on Xbox Series S on the OC3D Forums.

XAZ1
The XSS costs more than a XoX and offers the same performance. 900p anno 2020 is ridiculous and anyone defending this garbage should really have their credibility questioned as it's apologetic to MS who has recently invested billions into marketing the Xbox brand. Shame on Mark.Quote

The difference between the Xbox Series S and Xbox One X is huge.

The GPU inside the Xbox Series S although it is cut down from what is inside the Series X is comparable to the Xbox One X's GPU if it was running at around the 8TFLOP mark, That's not counting the RT capabilities, Newer GDDR6, Higher bandwidth etc...

Then there's the newer storage system the Xbox Series S and X are using which is an order of magnitude faster than what was inside the Xbox One X.

This coming gen is one of the biggest leaps in performance we've had in a very long time, The reason for the low performance in this title will likely be down to optimisation.Quote

Warchild
off topic. Why does the dude have an electrical Baseball bat making contact on his shoulder but not feeling the effects? Or maybe it explains the hairstyle