ADATA has released its new GAMMIX S70 BLADE PCIe 4.0 SSD, boasting exceptionally high data rates levels with "unmatched read and write performance". ADATA claimed in 2020 that their GAMMIX S70 series has the "distinction of being the world's fastest M.2 SSD", which is a big claim to make.

In terms of sequential performance, ADATA's XPG S70 delivered sequential read/write speeds of up to 7400/6400 MBps. With NVMe 1.4 support, Dynamic SLC Caching and other advanced features, the ADATA XPG GAMMIX S70 delivers users levels of storage performance that are superior to PCIe 3.0 and SATA SSDs. The XPG GAMMIX S70 is also backwards compatible with PCIe 3.0, though slower PCIe configurations will limit this SSD's maximum performance. 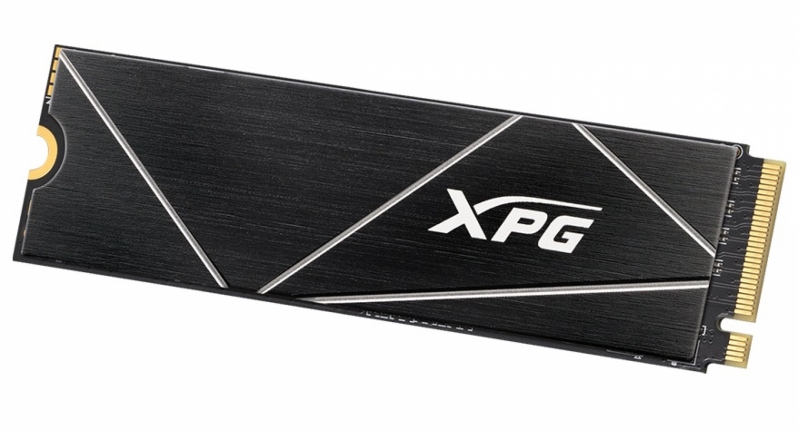 To keep their SSDs cool under load, ADATA's XPG GAMMIX S70 BLADE ships with a slimline aluminium heatsink, which is designed to lower the SSD's temperature under load while maintaining its slimline form factor. This heatsink can reduce this S70's load thermals by up to 20%.

ADTA's XPG GAMMIX S70 will ship their new S70 drives with 1TB and 2TB capacities. ADATA has also assured us that all of their components within their S70 SSDs have "passed meticulous screening, testing, and certification to provide a reliability product of the highest quality." ADATA's XPG GAMMIX S70 BLADE SSDs will ship with a 5-year warranty, which should give customers some added peace of mind.

You can join the discussion on ADATA's XPG GAMMIX S70 BLADE PCIe 4.0 SSD on the OC3D Forums.