SSDs will soon be entering the PCIe 5.0 era

Currently, PCIe 5.0 connectivity is only available on Intel's 12th Generation 600 series motherboard platforms, but AMD due to launch PCIe 5.0 enabled products in late 2022 with their Zen 4 series products. 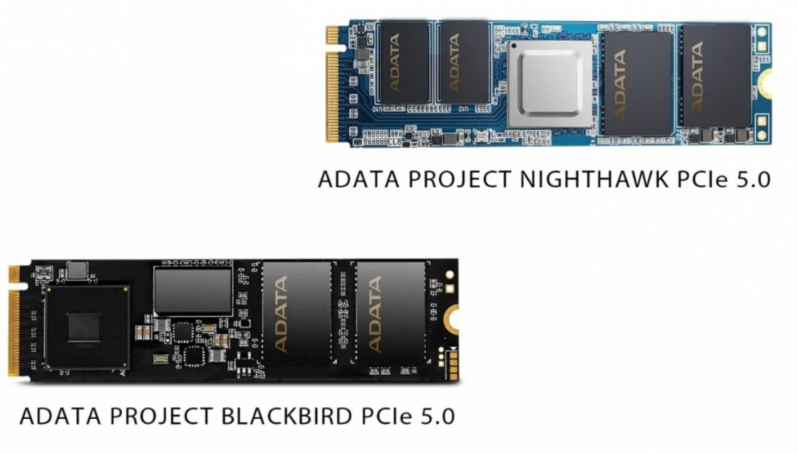 Both of ADATA's prototype SSDs are built using the latest NVMe 2.0 specification and are designed with per-drive capacities of 8 TB in mind.

ADATA's "Dawn of the New Xtreme" presentation will be hosted on January 5th 2022. Here, we expect ADATA to reveal more information about these new PCIe 5.0 SSDs and other products.

At this time, it is unknown what SSD controller or NAND is being used to create ADATA's "Project Nighthawk" and "Project Blackbird" series SSDs. We expect to hear more information about these drives and other PCIe 5.0 devices soon.

You can join the discussion on ADATA's PCIe 5.0 SSD teasers on the OC3D Forums.