AMD's AM5 socket is launching just in time for PCIe 5.0 SSDs

AMD expects PCIe 5.0 SSD launches to be "timed" with AMD's AM5 launch

AMD has confirmed that their AM5 motherboard platform will support PCIe 5.0 connectivity, and that the launch of early enthusiast PCIe 5.0 storage devices will be "timed" with the launch of AMD's AM5 CPU platform. 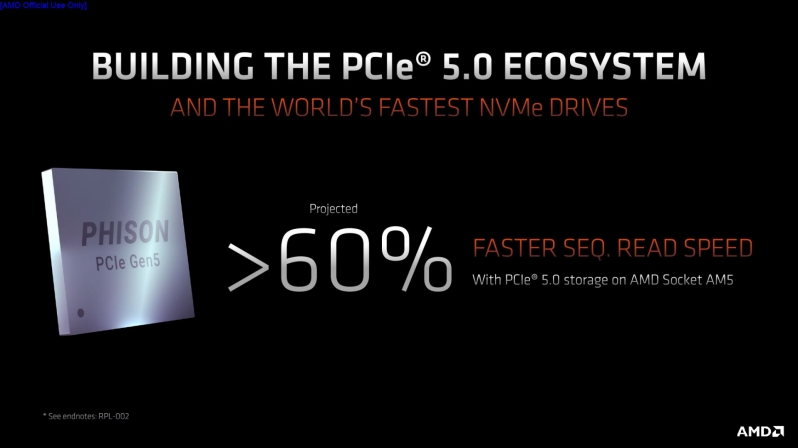 Later this year, the SSD market will be entering the PCIe 5.0 era. 10GB/s SSD speeds or greater will be possible using PCIe 5.0 M.2 SSD slots, enabling faster load times during both gaming and productivity workloads. These speeds will have an even greater impact when Microsoft's Direct Storage API starts to be used by modern AAA games.

You can join the discussion on AMD's PCIe 5.0 SSD expectations on the OC3D Forums.