ASUS has an ROG Branded PCIe 4.0 SSD on the horizon - ROG is entering the SSD market

ASUS has started to tease their ROG branded Strix SQ7 SSD, a 1TB M.2 PCIe 4.0 NVMe SSD that is due to be released soon. ASUS' teaser comes from their Taiwanese Facebook page, and was first spotted by @KOMACHI_ENSAKA on Twitter.

Sadly, not much is known about this new SSD from ASUS, aside from the fact that this SSD will use the standard M.2 2280 form factor and support PCIe 4.0 connectivity. It is unknown what SSD controller or NAND type this new SSD will use, though it is likely to offer users sequential read speeds of 7,000 MB/s or higher. 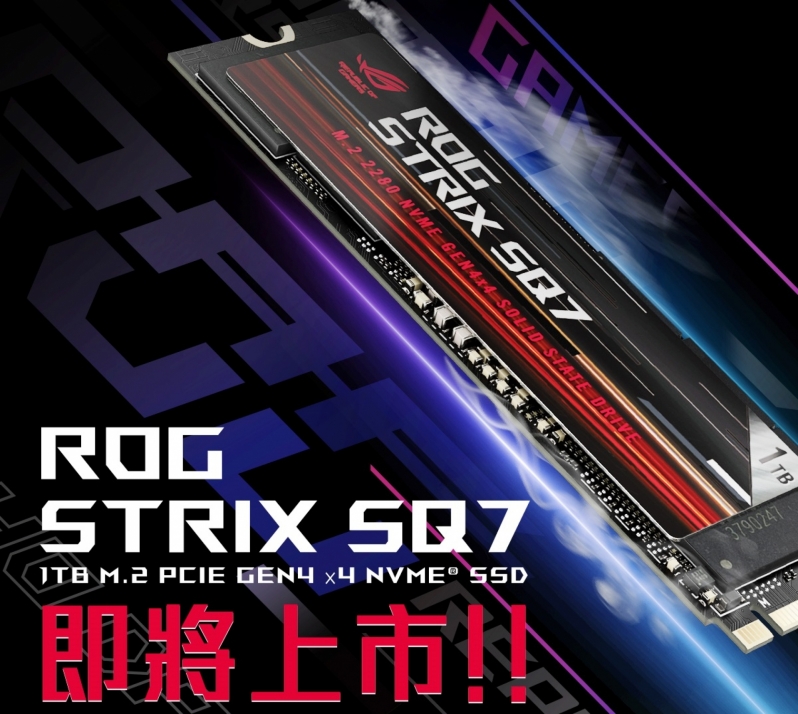 At the end of this month, Computex 2022 will be underway, and at this event we expect ASUS to showcase their latest wares. This should include their new ROG Strix SQ7 SSD, as well as a variety of other products.

Today, it is relatively easy for a hardware manufacturer to enter the SSD market, with MSI and Gigabyte being recent examples of companies that have transitioned from into the SSD market in recent years. With this new model being a Strix series product, it is possible that ASUS is simply testing the waters before committing to a higher-end PCIe 5.0 ROG Maximus series design in the future.

You can join the discussion on ASUS' ROG NVMe SSD teaser on the OC3D Forums.