Corsair has launched their new MP600 XT series of SSDs, delivering to their users a significant performance uplift over their predecessors, especially for their lower capacity 1TB model. With their new PRO XT series SSDs, Corsair has drives that can break past the 7,000 MB/s and 1 million IOPS barriers and deliver significantly higher levels of random read/write performance.

With these new drives, Corsair's promising top-level PCIe 4.0 performance, using 3D TLC NAND to deliver high read/write speeds. Note that this SSD uses faster NAND than its predecessor, using Micron's 176-layer B47R TLC NAND instead of Micron's older 96-layer B27B TLC NAND. These new drives also feature a new heatsink design, one which is much more attractive than its predecessor, but too large to be officially supported by consoles like Sony's PlayStation 5. PS5 users will need to pair this SSD with an aftermarket heatsink for it to fit under the system's M.2 slot cover.

While this SSD's maximum sequential read/write speeds are not much higher than Corsair's existing MP600 PRO models, the increase in maximum IOPS of these new drives will allow them to deliver more performance across a variety of potential workloads. which is great news for end-users.

Below are the specifications of Corsair's new MP600 PRO XT SSDs and how they compare to their predecessors. What follows is Corsair's Press Release.

Corsair's new MP600 PRO SSD is now available in the UK and Europe through Amazon. 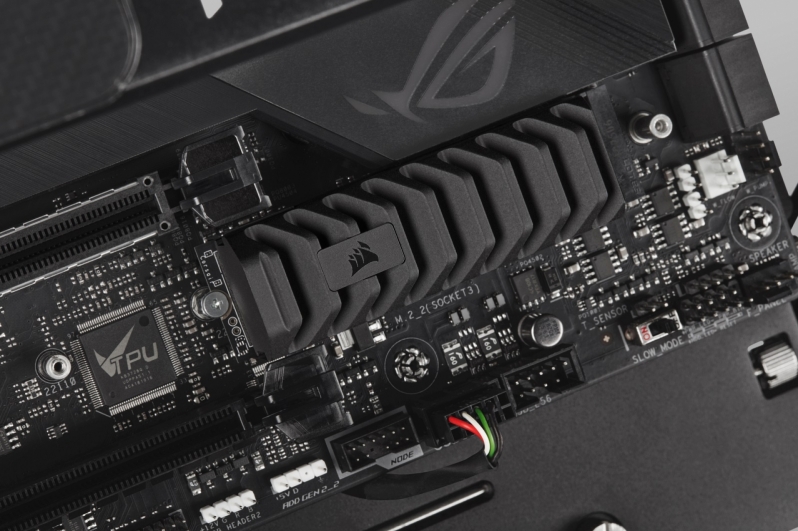 Corsair, a world leader in enthusiast components for gamers, creators, and PC builders, today announced the launch of a new Gen4 PCIe x4 NVMe M.2 Solid State Drive – the MP600 PRO XT. Available in capacities up to an immense 4TB, the MP600 PRO XT stores massive amounts of data in a convenient form-factor that neatly fits nearly any PC build. For those who need to run games, load applications, and transfer files at lighting speed, the MP600 PRO XT delivers incredible sustained performance with a pre-installed heatspreader, leaving standard M.2 SSDs in the dust.

The MP600 PRO XT boasts extreme performance paired with exceptional cooling and compatibility, breaking the 7,000MB/sec barrier with up to 7,100MB/sec sequential read and 6,800MB/sec sequential write speeds*, as well as more than one million input/output operations per second (IOPS). The MP600 PRO XT is built with high-density 3D TLC NAND, delivering both great performance and endurance – up to 3,000TB Written. Leading-edge PCIe Gen4 technology ensures that your drive achieves maximum bandwidth, and backward-compatibility with PCIe Gen3 gives you the versatility to bring fast storage to a host of systems.** 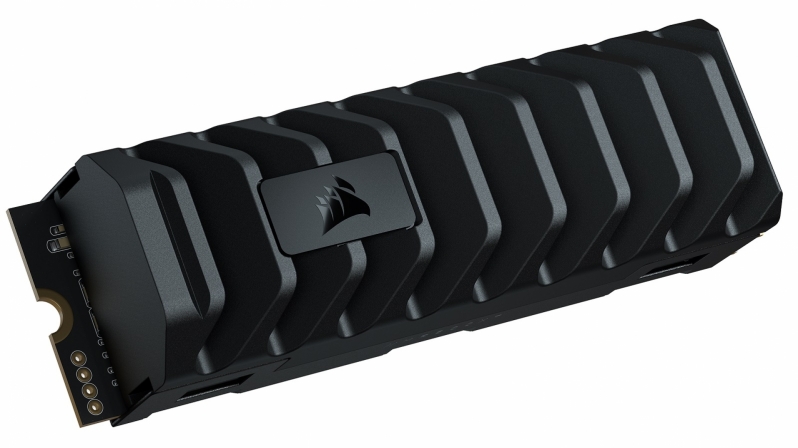 Installed directly onto a motherboard with a compact M.2 2280 industry-standard NVMe form-factor, the MP600 PRO XT sports a uniquely styled aluminum heatspreader to ensure optimal temperatures even under maximum speeds. The heatspreader’s high surface area efficiently disperses heat and reduces throttling, giving you the performance you need while also looking more stylish than a typical bare M.2 drive. The MP600 PRO XT is also compatible with the CORSAIR Hydro X Series XM2 Water Block (sold separately), enabling you to integrate your SSD in a custom cooling loop to achieve even lower temperatures and maximize performance.

Like all CORSAIR SSDs, the MP600 PRO XT is supported by free CORSAIR SSD Toolbox software, enabling convenient features such as secure erase and firmware updates directly from your desktop. With a five-year warranty for extended peace of mind that your storage will remain fast and reliable, the MP600 PRO XT takes full advantage of PCIe Gen4 technology for extreme M.2 performance.

Corsair's new MP600 PRO SSD is available starting today in the UK and Europe through Amazon.

You can join the discussion on Corsair's MP600 PRO XT SSD on the OC3D Forums.

MiNo
This reads like an ad. Not an article "with affiliate links" ..


I mean, this part? Really?

KingNosser
Ad press release same thing until you get your hands on it tbh.Quote

NeverBackDown
Quote:
What your quoting is literally marked as Corsairs "PR" statement. So much for reading the article lol

It's not an ad. The affiliate link is the Amazon link. Nothing wrong with that.
Why you trolling?Quote

WYP
Quote:
If you can read above, it is stated that what follows the chart of specs is Corsair's Press Release. That is a quote from that Press Release.

For content with a press release, I have recently added the PR content so that readers can get more information if they desire it.

MiNo
I am sorry.


I missed the "What follows is Corsair's Press Release" text, so my accusations were wrong and unfair.


I will, however, suggest that editorial text and "external text" (such as adds, press releases) are formatted differently or in other ways highlighted to clarify the difference.

It cannot be expected that all content is read word for word from the beginning. So in the interest in helping people understand what is what, this highlighting would help. Just making it cursive would be enough, and I seem to recall this has been used here in the past.Quote
Reply