These new 1TB and 2TB SSD models offer higher speeds and storage capacities than their 250GB and 500GB counterparts, delivering gamers the storage capacity that they need to store an extensive library of titles.

Crucial's P2 series of SSDs are due to start shipping to retailers soon, promising users "All the speed you need at a price that won't break the bank." The table below details the specifications and pricing of Crucial's P2 series. Performance-wise, Crucial's 1TB and 2TB models sit at the sweet spot of performance and affordability. 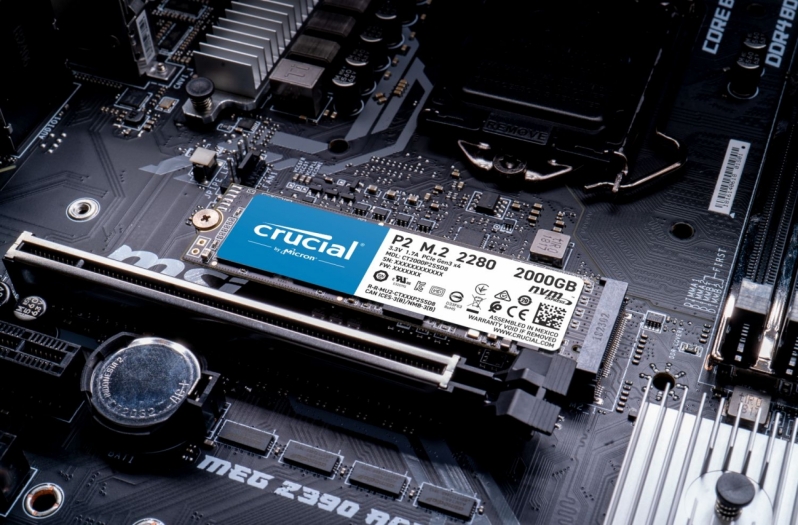 You can join the discussion on Crucial bringing higher capacity models to their P2 series of M.2 NVMe SSDs on the OC3D Forums.

AngryGoldfish
I might nab the 2TB model for my 2021 build. It's funny how these NVMe drives are actually no more expensive than the couple of high capacity SATA m.2 drives that are available.Quote

WYP
Quote:
We are now at the stage where low-end NVMe controllers are cheap enough that there isn't much of a difference between SATA and NVMe when it comes to pricing anymore.Quote

MiNo
Quote:
Next problem is then running out of slots and PCI-e lanes for them. Especially on mainstream boards / setups.Quote

looz
How many nVMEs do you need in a mainstream machine?Quote

WYP
Quote:
Yeah, but if you needed more there will be PCIe adaptors.

TBH, most folks don't need more than two M.2 SSDs, and new motherboards cater for that. I don't see PCs having fewer PCIe lanes in the future.

It will be interesting to see how things evolve.Quote
Reply