This announcement comes shortly after AMD's reveal of their Ryzen 3rg Generation product family, which is the first consumer processor to deliver PCIe 4.0 support, enabling SSD manufacturers to aim for higher performance targets than ever before.

With the Hall of Fame Pro, Galax promises to deliver 4,800/4,000 MB/s sequential read/write speeds, outperforming all of the company's previous NVMe SSD offerings. At launch, this SSD will only be usable on systems with Ryzen 3rd Generation processors and motherboards with PCIe 4.0 support, such as AMD's latest X570 series of mainboards.

To create this SSD, Galax has paired Phison's 8-channel NAND controller with an external DDR4 memory chip, and 1TB or 2TB of 3D NAND, depending on the user's chosen SSD capacity.

With Galax' custom heatsink solution, the company has confirmed that their Hall of Fame Pro drive can sustain its full speeds for at least two hours without succumbing to thermal throttling, which means that the SSD will be able to handle any consumer workload without overheating. With sequential read speeds of over 4GB/s, no normal workloads would be able to sustain 100% reads or writes for such a long length of time. 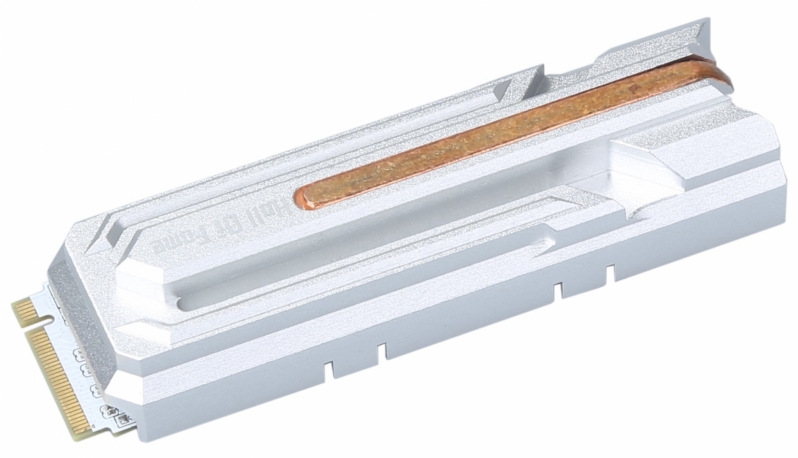 Galax has not revealed the pricing or release date of their upcoming Hall of Fame Pro series SSD.

You can join the discussion on Galax' PCIe 4.0 Hall of Fame Pro series SSD on the OC3D Forums.

NeverBackDown
As long as it's cheap or the same as current PCIe 3.0 pricing then I am all down for this. Already has a high cost to entry just to use it(needing AMD Zen 3000 cpu, X570 board, and then this)Quote
Reply