Gigabyte's latest SSDs are more than 50% faster than their predecessors

Gigabyte is ready to launch their next-generation of AORUS SSDs, promising users high speeds and up to 4TB capacities

Gigabyte has officially revealed their AORUS Gen5 10,000 SSD, the company's first NVMe SSD to surpass the 10GB/s speed barrier. This drive is up to 55% faster than its PCIe 4.0 based predecessor, requiring the bandwidth of PCIe 5.0 to function correctly.

With the reveal of AMD's Ryzen 7000 series processors and AM5 motherboard platform later this month, now is the time for Gigabyte to launch their first PCIe 5.0 storage device. While Intel's 12th Generation Alder Lake platform supported PCIe 5.0, its support was limited, giving storage manufacturers little reason to create compatible SSDs. With the launch of Ryzen 7000, that changes.

Gigabyte has confirmed that their first PCIe 5.0 drives will be based on Phison's PS5026-E26 SSD controller, which will be combined with 3D TLC flash memory and LPDDR4 DRAM cache. Sadly, Gigabyte has not revealed the pricing of their AORUS 10,000 SSD, though they have included the benchmarking data below.

What follows is Gigabyte's Press Release for their AORUS 10,000 SSD. 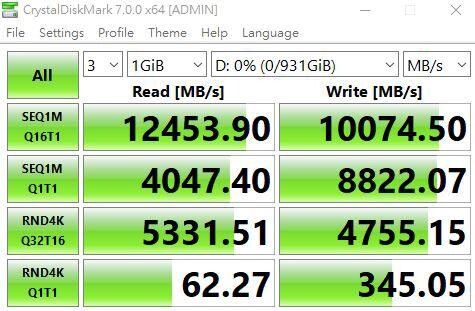 "With PCIe 5.0 support on new motherboard platform, the bandwidth and transfer performance are raised to the next level. As the first manufacturer to have both motherboards and SSD product lines in the market, GIGABYTE is also the first to unveil the AORUS Gen5 10000 SSD. This new product brings blistering fast storage performance with ultra durability and compatibility to users for optimal quality and performance." said Jackson Hsu, Director of the GIGABYTE Channel Solutions Product Development Division.

K.S. Pua, CEO of Phison Electronics, said that Phison and GIGABYTE are long-term partners and have been cooperating since the SATA SSD era. The two companies have continually cooperated since PCIe Gen3 and Gen4, developing today's cutting-edge technology PCIe Gen5 SSD PS5026-E26 storage solution. PCIe Gen5 SSD is a technology that integrates high-speed transmission and storage, taking data transmission to the next level. During the E26 product verification stage, the two companies also encountered quite a few challenges. To address these challenges and accelerate the promotion of products to the market, the two companies set up a project team to conduct technical exchange and mutual verification. This kind of cooperation enabled both companies to combine their R&D strengths and create a superior storage solution. Phison is very pleased to help launch GIGABYTE's PCIe Gen5 SSD products and contribute to the high-speed computing ecosystem of PCIe Gen5.

At the same time, GIGABYTE R&D team continues to verify next generation NAND Flash and components, which can further boost performance and access speed to more than 12 GB/s. This prepares GIGABYTE to be the first-mover in the market while bringing users the premium performance of PCIe 5.0 SSD with distinguished power of GIGABYTE engineering.

Normally, high-speed SSDs generate massive amounts of heat during full speed operation, and thermal throttling is activated as a protection to prevent data loss and wear on the memory chips and controllers, however, it slows down the transfer rate and performance. As many of the new generation of motherboards already incorporate a built-in M.2 heatsink, the AORUS Gen5 10000 SSD is specially designed to with an easily removable full-covered copper heatsink. Users can flexibly choose to use the built-in heatsink on their motherboards or the enclosed heatsink with AORUS Gen5 10000 SSD according to their needs.