Intel's Rocket Lake CPU architecture is the company's first to support PCIe 4.0 on desktop platforms, allowing Intel to access SSD performance levels which can push past the limits of PCIe 3.0. This will allow Intel systems to utilise faster drives and benefit from faster read/write speeds.

What exactly was Intel testing? In UL Banchmarks' technical guide for PCMARK 10, the company stated that their Quick System Drive Benchmark comprises six stages, which are listed below.

Please note that this test is not as extensive as PCMARK 10's Full System Drive Benchmark, a lengthier test that includes more stages and more varied testing.

Another thing that is worth mentioning is that the "Quick" storage benchmark that Intel used is designed to "measure the performance of small system drives from traditional spinning drives (HDDs) at the low end and entry-level PCI Express SSDs at the high end". This benchmark is NOT designed for high-end PCIe 4.0 SSDs. 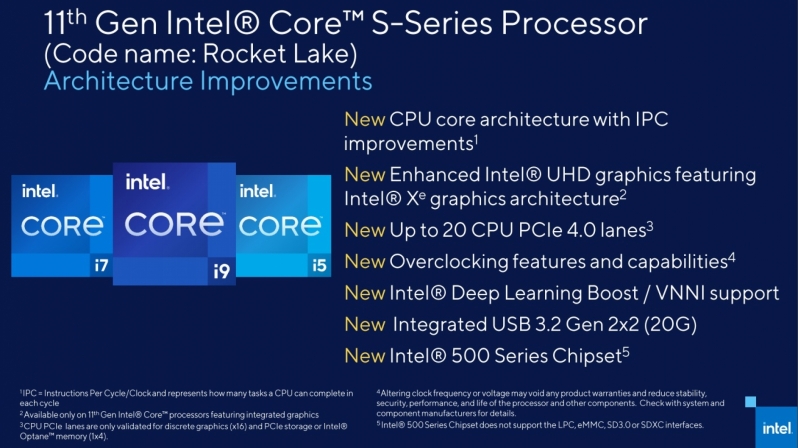 While the benchmarks that Intel have shared are legitimate, we are baffled that Intel refused to share data from PCMARK 10's Full System Drive Benchmark. UL Benchmarks' own documentation says that their Quick System Drive Benchmark is "better suited for testing entry performance level and lower capacity drives", making it a strange choice for a high-end PCIe 4.0 benchmark comparison.

High-end storage benchmarks are inherently difficult to produce. Most write tests require benchmarking tools to rapidly create new files to write to SSDs at rates that are now measured in gigabytes per second. Many outdated SSD benchmarking tools have now effectively become CPU benchmarks, as performance can be limited by single-threaded CPU processing power and not raw SSD performance.

Are Intel's benchmarks misleading? Yes and No. While Intel is using UL Benchmark's PCMARK 10 Quick System Drive test outside of its design intent, as it is a test that's designed for "small system drives from traditional spinning drives (HDDs) at the low end and entry-level PCI Express SSDs", Intel's results are the result of legitimate testing between two systems.

While Intel has used PCMARK 10's Quick Storage Benchmark outside of its original remit, it does highlight how storage performance and CPU performance interact. Fast storage solutions require processors that are fast enough to keep up with their data output. In PCMARK's Quick Storage test, Intel has showcased how their i9-11900K can deliver more performance than AMD's Ryzen 9 5950X.

Regardless of how you look at this testing, it is hard to deny that the results are fascinating. Regardless, it would have been nice to have also seen results from PCMARK 10's more extensive Full System Drive Benchmark, or at least hear a more in-depth explanation for why Intel's i9-11900K bests AMD's 16-core Ryzen 9 5950X. It would be nice to have some more context with these benchmarks. When speaking to a technical audience, a simple "here is the result, we win!" is not good enough.

You can join the discussion on Intel's claim of PCIe 4.0 storage leadership with their i9-11900K processor on the OC3D Forums.