Optane-only SSDs will soon be enterprise-only

XPoint memory is a hugely innovative storage medium, delivering non-volatile storage that offers characteristics that are closer to DDR-based memory than NAND Flash storage. With their Optane brand, Intel is hoping to exploit these characteristics to deliver compelling products for the PC market, though it looks like Intel are scaling back these plans.

Tom's Hardware has reported that Intel is discontinuing their Optane M10, 800P, 900P and 905P SSDs. This change will remove all of Intel's Optane-only products from the consumer market, though it is worth noting that Intel has an H20 SSD in the works which will utilise Optane memory, albeit in conjunction with QLC NAND. In effect, Intel's H20 SSD will use Optane memory to offset the downsides of QLC memory, acting as a fast cache for the slower memory type.

With this move, Intel is making its Optane-only SSDs enterprise-only products for servers and workstations. Intel's final order dates for new Optane-only consumer SSDs were January 13th, 14th and 15th respectively for their M10, 800P, and 900P/905P models. Intel's final shipments for these drives will take place on February 26th.

Intel is currently in the processor of selling their NAND manufacturing arm to SK Hynix, which effectively puts an end to Intel's SSD ambitions. Future Intel SSDs will use NAND sourced from other manufacturers, giving Intel less room to innovate within the SSD market. That said, Intel has kept its Optane IP outside of this deal, which allows Intel to utilise XPoint technology to create future memory and storage products.

With Optane being much more expensive than NAND flash, it is easy to see why XPoint/Optane-only SSDs have failed to have a huge impact on the consumer market. The PC market is already seeing significant performance increases with the move from mechanical storage to mainstream NAND-based SSDs and the move from SATA SSD storage to M.2 NVMe drives. NAND-based SSDs offer their users more storage per $, and Optane's advantages have a niche appeal. Optane isn't a mass-market product, which is why Intel's best move is to focus primarily on the enterprise market. 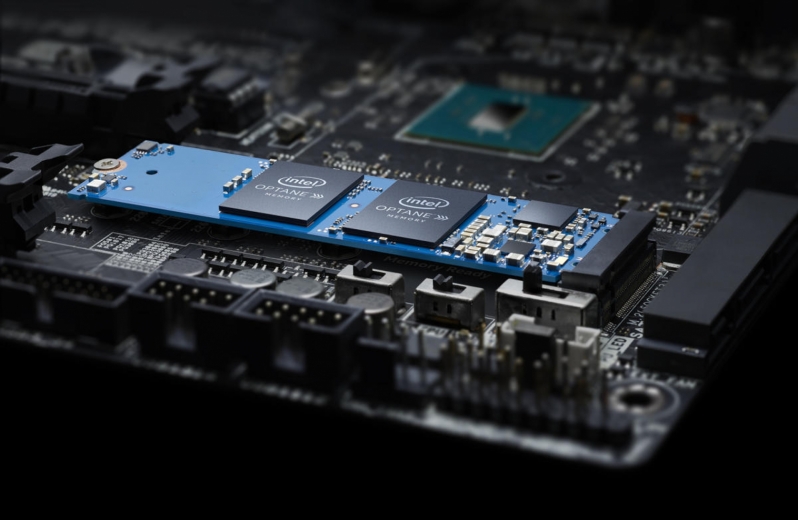 You can join the discussion on Intel killing-off its Optane-only consumer SSDs on the OC3D Forums. 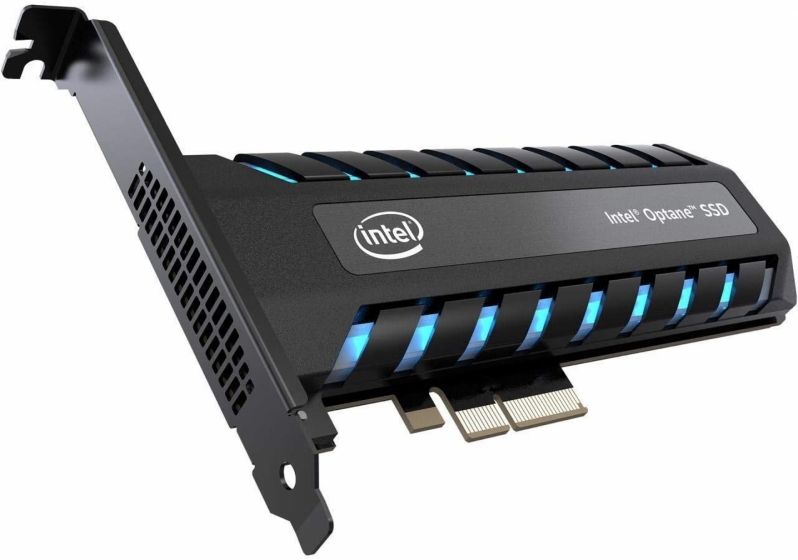 Murph
It's sad that they are essentially killing off Optane on the high end / performance client market (the H20 is more entry & mid level mass market, hindered by QLC and the Optane cache driver not supporting any form of RAID). The 905p was a great and interesting product, but it was lacking in traditional storage performance (MB/s and IOPS) for quite a while, and has newly become outdated by only supporting PCIe 3.0. It had superb latency and endurance, but those are quite niche metrics which don't really do enough to compensate for it having lower traditional performance than top end PCIe 3.0 3D TLC (e.g. Firecuda 510 or WD_BLACK SN750), especially considering the price of it.

Now that there are plenty of PCIe 4.0 devices on the market, it looks positively slow on traditional performance compared to top end devices (e.g. Firecuda 520 or WD_BLACK SN850). Both of those (and their PCIe 3.0 predecessors) have decent enough endurance that they should last 5 years for all but the very heaviest use cases. The WD_BLACK offers higher performance, the Firecuda offers higher endurance; so you even have opportunity to pick your preferred balance. I'm pretty sure Samsung and the other premium SSD vendors can compete well against those, giving yet more choice, just picked the two old storage titans. Very roughly, Seagate & WD are putting out double the traditional performance numbers of the 905p on their spec sheets.

It's a real shame that Intel didn't put out a 910p on PCIe 4.0. They can clearly get the performance out of Optane on the server side, but it's ridiculously expensive unless you're talking about a serious workstation (the big Xeons, EPYC, or Threadripper pro), well above enthusiast HEDT. Those server Optane devices have sky high endurance, so I can't help wondering if they couldn't have sacrificed a big chunk of endurance while keeping the performance, to produce a price competitive PCIe 4.0 high end client offering. Their new 670p sounds quite mid range, probably a very good product, but not really a top tier product.

(I focussed on traditional R/W MB/s & IOPS a lot above, as the reviews out there for the 900p & 905p all placed the Optane latency and endurance into an extremely narrow niche where it actually made a big difference. It's undoubtedly fantastic performance, but general use cases don't seem to get a massive benefit from it, they need strong traditional numbers.)

RIP client Optane, we barely got to know you.Quote
Reply