Are these drives large enough for today's PC users?

Intel has launched their new 800p series of SSDs, offering larger capacities than their older Optane Cache drives to deliver users a better user experience, both as a cache drive or as a dedicated SSD.

Like their older 16GB and 32GB cache drives, Intel's 800P can be used as a caching device on a Kaby Lake of Coffee Lake powered system, allowing it to hold onto important data from an HDD or another HDD to speed up applications later. Optane's high performance at low queue depths makes this drive ideal for this use case, allowing low-cost systems to run faster without a dedicated SSD.

The 800P will offer capacities of 58GB and 118GB, with a price tag of $129GB or $199 respectively, giving these drive a much higher cost/GB than traditional NAND-based SSDs, making this drive unappealing to those what do not appreciate its faster response times and higher performance at low queue depths. 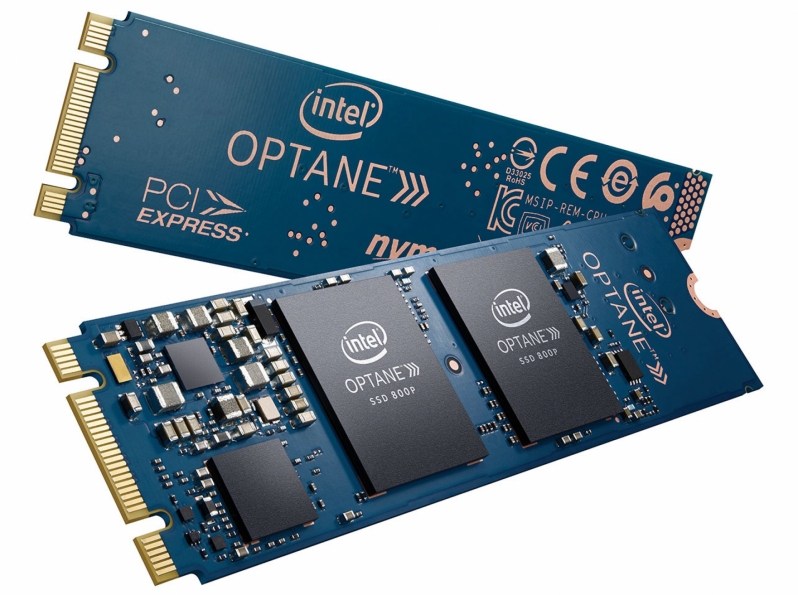 The benefits of Intel's Optane Storage is its high performance at low queue depths and high IOPS ratings, allowing the drive the deal with certain workloads a lot faster than today's NVMe SSDs, even with this drive being limited to a PCIe 2x connection. The problem here is that while it is fast, most end users will not appreciate the differences, especially in general computer use.

In the UK a 250GB Samsung 960 Evo can be purchased for £109.20 on Amazon, $119 in the US, giving the Samsung NVMe drive a huge advantage in terms of cost/GB, which is ultimately what will make the NAND-based Samsung drive more appealing. Some new games can be larger than 118GB, making capacity a more important factor than raw speed to most gamers when it comes to purchasing a new SSD.

At a queue depth of 4, Intel lists this drive's read and write speeds as 1450MB/s and 640MB/s with 4K random IOPS of 250K IOPS in reads and 140K IOPS in writes. While this might not sound impressive, remember that most SSD specifications detail the drive's speeds at a higher queue depth, usually of 32, which means that this drive can access high levels of performance long before reads and writes can queue up. 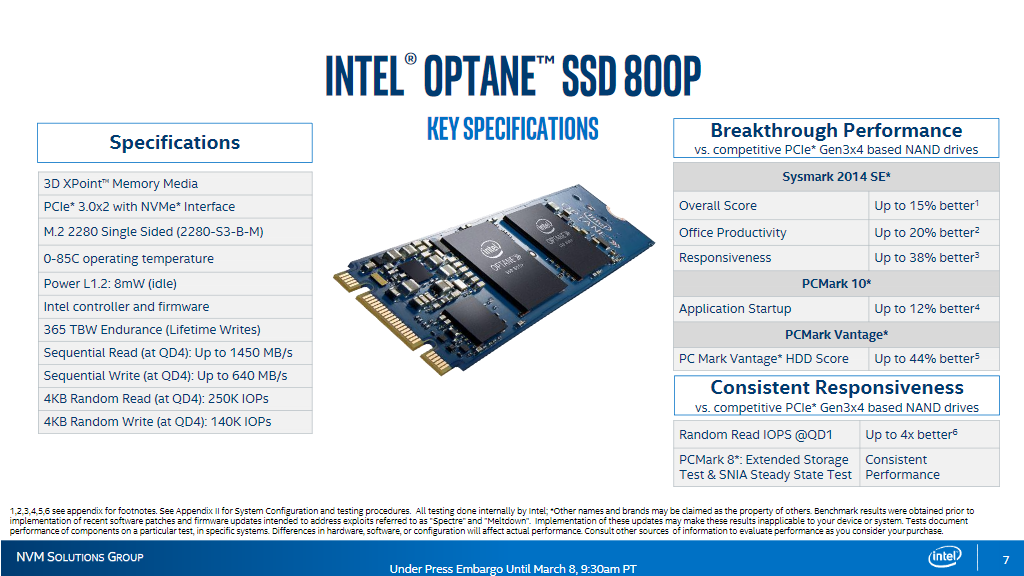 Both of Intel's new drives are available starting today, offering a lot of performance for those who are willing to take advantage of it, for most consumers however these drives will be too costly and far too small to be usable for more than an OS install and a few applications.

You can join the discussion on Intel's new 800P series of SSDs on the OC3D Forums.

RobM
wow the cost on themQuote

Chopper3
I'd argue that their main benefit is their write-endurance which is off the charts compared to anything else.Quote
Reply