Intel showcases the potential of PCIe 5.0 storage with a 28.3 GB/s storage config

Intel highlights the potential of PCIe 5.0 with their latest Alder Lake storage demo

With a single PM1743 SSD, Intel has been able to achieve data rates of over 13 GB/s, and with two drives, data rates of over 28 GB/s were possible in IOmeter. When compared to the 7 GB/s speeds offered by today's PCIe 4.0 solid state drives, these results are staggering. 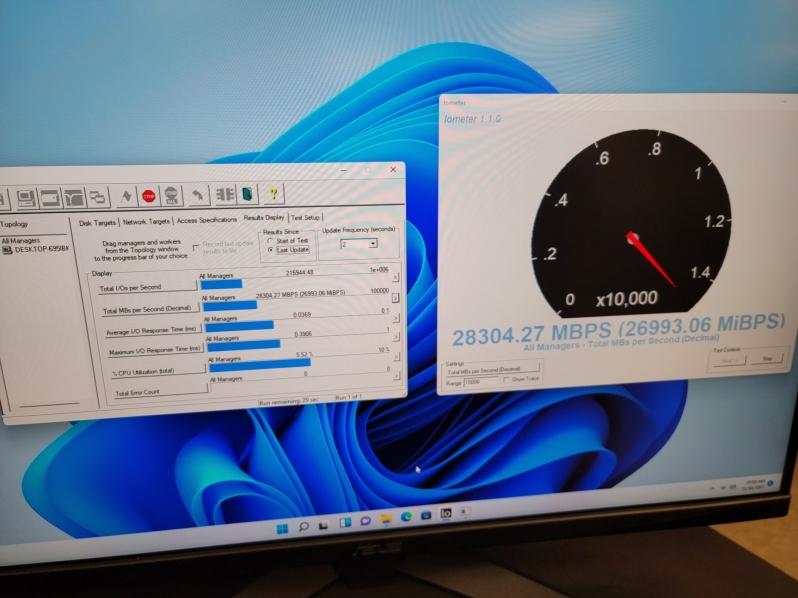 Within the mainstream PC market, PCIe 5.0 storage is expected to become available in the second half of 2022, which means that there should be a time when PCIe 5.0 storage will be available where AMD offers no support for the standard with their mainstream desktop products. That said, most consumer workloads do not require such excessive data rates.

Regardless, Intel is the first to market with PCIe 5.0 support, and that will become critical as consumer hardware starts to make greater use of PCIe bandwidth. Standards like DirectStorage will see more data moving through PCIe lanes during gaming workloads, and that will make higher bandwidth PCIe connections an important factor for gamers. 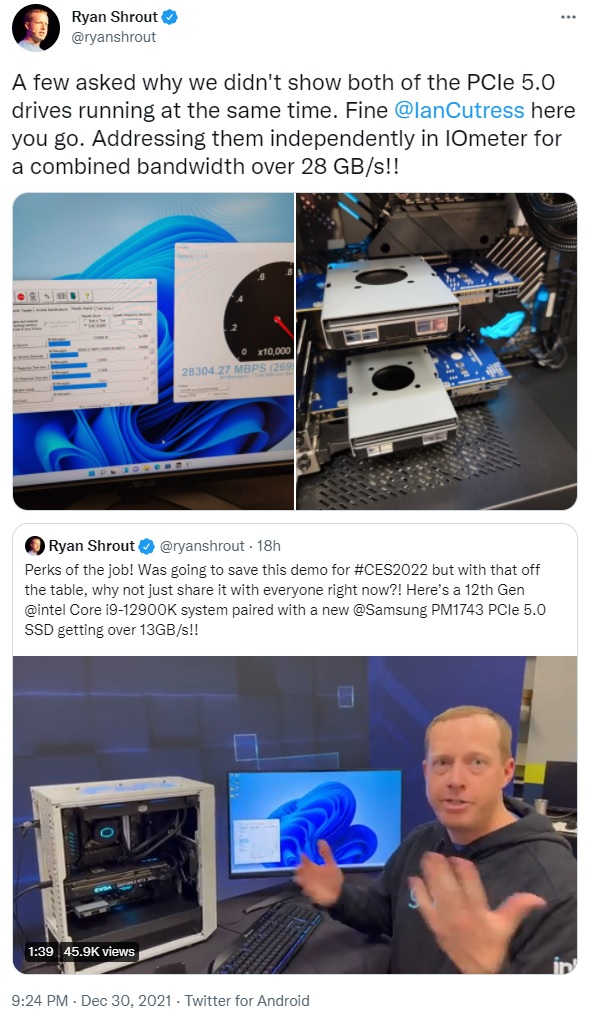 As always, it is hard to predict what will be important for tomorrow's PC workloads. While PCIe 5.0's bandwidth is seen as excessive by many consumers today, it won't be sometime in the future. Manufacturers are already creating products that benefit from PCIe 5.0 connectivity, and the PCIe 6.0 standard is due to be ratified soon.

You can join the discussion on Intel's showcase of PCIe 5.0's potential on the OC3D Forums.