SATA SSDs with up to 2TB of capacity

While PCIe 4.0 and NVMe are the preferred technology for today's SSDs, it's hard to deny the charms of older SATA drives. Yes, NVMe SSDs will offer more performance, and yes, PCIe 4.0 offers enough headroom for a 10x performance boost over SATA, but when it comes to pricing, SATA is still king.

Most modern PCs have enough space for 1-3 M.2 SSDs, and beyond that PC builders have little choice aside from SATA. In most games, players also won't notice the difference between SATA and NVMe storage devices, leaving plenty of space for SATA SSDs within today's market.

Kingston has today announced a new entry into the SATA SSD arena, releasing their KC600 series of SSDs with capacities of 256GB to 2TB and availability in both bare drive and upgrade kit versions.

All of Kingston's KC600 series drives will offer users random read and write performance, up to 90,000 IOPS and 80,000 IOPs respectively. For the drive's 256GB model, sequential read/write speeds of up to 550MB/s and 500MB/s are offered, whereas the SSD's 512GB, 1TB and 2TB models are designed to offer up to 550MB/s reads and 520MB/s writes. All drives in the series will utilise TLC NAND and use Silicon Motion's SM2259 controller.

Kingston will offer users of its new KC600 series SSD a five-year warranty, and at the time of writing pricing of each of this drive's capacity options are unknown. These SSDs are expected to be competitively priced against Samsung's 860 EVO and Crucial's MX500. 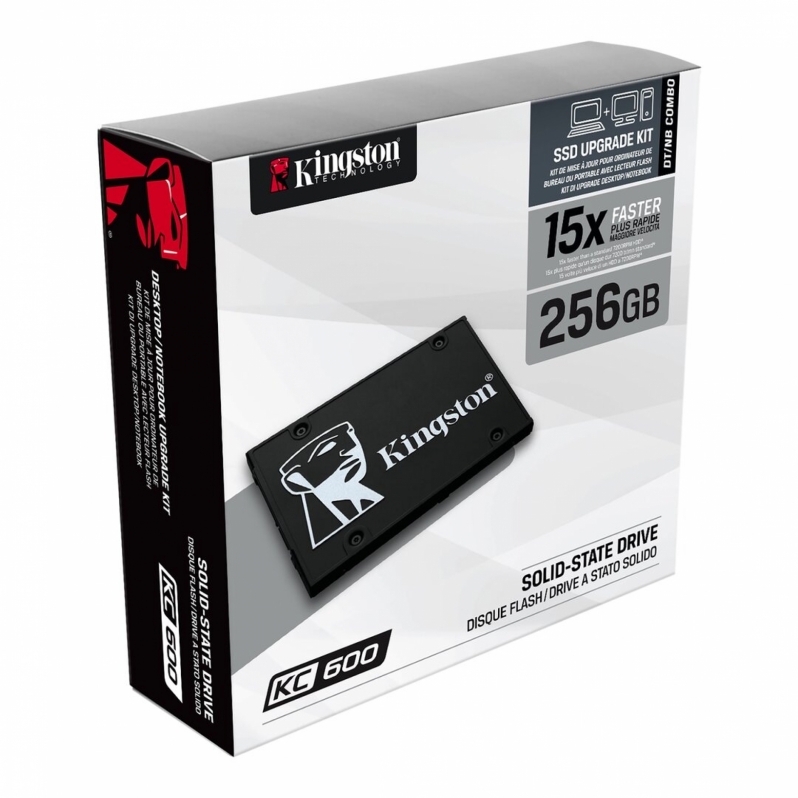 You can join the discussion on Kingston's KC600 line of SATA SSDs on the OC3D Forums.