KIOXIA is getting ready to expand its NAND production rate

Kioxia has confirmed that they have broken ground on a new semiconductor manufacturing facility at their Kitakami manufacturing site, confirming that they plan to for construction of the new facility to be completed in 2023.

This new facility is designed to contribute to a possible expansion in manufacturing capacity for Kioxia's 3D BiCS NAND, with the facility being designed to be earthquake absorbing and environmentally friendly. The facility will be created to use energy efficient machinery and make use of renewable energy sources.

Below is Kioxia's Press Release on their new Fab2 semiconductor manufacturing facility in Kitakami. 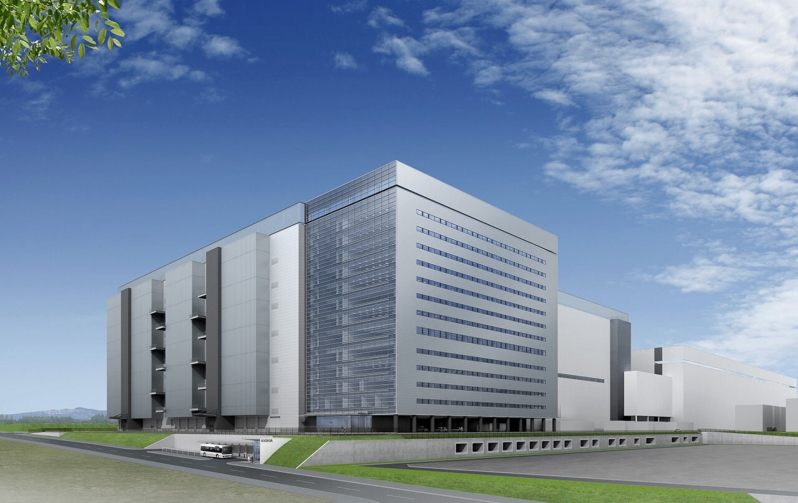 Kioxia Corporation, the world leader in memory solutions, today held a groundbreaking ceremony for its state-of-the-art semiconductor fabrication facility (Fab2) at its Kitakami Plant in Iwate Prefecture, Japan. Utilizing AI-based cutting-edge manufacturing, the new facility will contribute towards possible expansion of production of its proprietary 3D flash memory BiCS FLASH at the Kitakami Plant. Construction of the Fab2 facility is scheduled to be completed in 2023. The Fab2 facility will have an earthquake-absorbing structure and environmentally friendly design that utilizes advanced energy saving manufacturing equipment and renewable energy sources. In addition, an administration building will be constructed to accommodate the control management and technical departments in response to the increased staff.

"As a leader in memory, this Fab2 facility will become Kioxia's key manufacturing hub to produce our memory products at scale. We are planning to introduce automated in-facility transfers and advanced production control to make Fab2 a truly world-class smart fabrication facility," said Nobuo Hayasaka, President and CEO, Kioxia. "Fab2 will be able to intelligently coordinate and optimize its production with Fab1 at Kitakami Plant as well as our fabs in the Yokkaichi Plant, enabling the company to seize opportunities in the growing memory market in a timely manner." Under its mission of uplifting the world with memory, Kioxia is focused on developing initiatives to strengthen the competitiveness of its memory and SSD business, which it has developed over the past 35 years since inventing NAND flash memory in 1987. Kioxia remains committed to creating consistent and sustainable growth through timely capital investments that meet growing market demand.

You can join the discussion on Kioxia braking ground on its new Fab2 Kitakami facility on the OC3D Forums.

NeverBackDown
They plan to finish in less than 2 years? That's a good one..Quote
Reply