Is this an ideal SSD upgrade option for Valve's Steam Deck?

The BG5 series is a lineup of DRAMless SSDs that will be available with 256GB, 512GB and 1024GB models, all of which support PCIe 4.0 with an x4 SSD interface. These SSDs utilise KIOXIA's 5th generation BiCS Flash 3D NAND technology,  offering users up to 3,500 MB/s sequential read speeds and 2,900 MB/s sequential write speeds.

With these speed ratings, some may wonder why this SSD supports PCIe 4.0. After all, PCIe 3.0 can support most of this SSD's potential with four PCIe lanes. The answer to this question is simple, PCIe 4.0 allows this SSD to offer almost all of its performance with two PCIe 4.0 lanes, giving system integrators more options.

Valve's Steam Deck system supports M.2 2230 SSDs, and while Valve does not recommend upgrading their system, KIOXIA's BG5 SSDs appear to be an ideal option for those who want to upgrade the system's storage.

With Valve offering a maximum of 512GB of integrated storage within their Steam Deck system, KIOXIA's BG5 offers users a potential upgrade path to 1TB. Beyond that, the introduction of this SSD may make M.2 2230 sized SSDs more affordable, as this SSD form factor has a dire lack of competitive offerings.

While Valve does not officially support user upgrades for their Stem Deck handheld, it is undeniable that some Steam Deck owners will crack their systems open to upgrade them with larger SSDs.

What follows is KIOXIA's press release for their new BG5 series of M.2 NVMe SSDs. 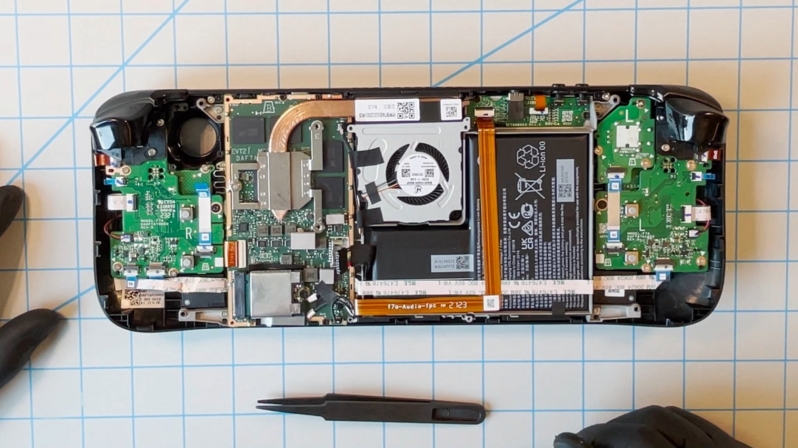 KIOXIA America, Inc. today announced that it has bolstered its lineup of PCIe 4.0 solid state drives (SSDs) with the addition of the KIOXIA BG5 Series. Designed to bring a suitable balance of performance, cost and power to everyday gamers and PC users, the KIOXIA BG5 Series is built with a PCIe 64 GT/s interface (Gen4 x4 lanes) and accelerated by the company's fifth-generation BiCS FLASH 3D flash memory technology. 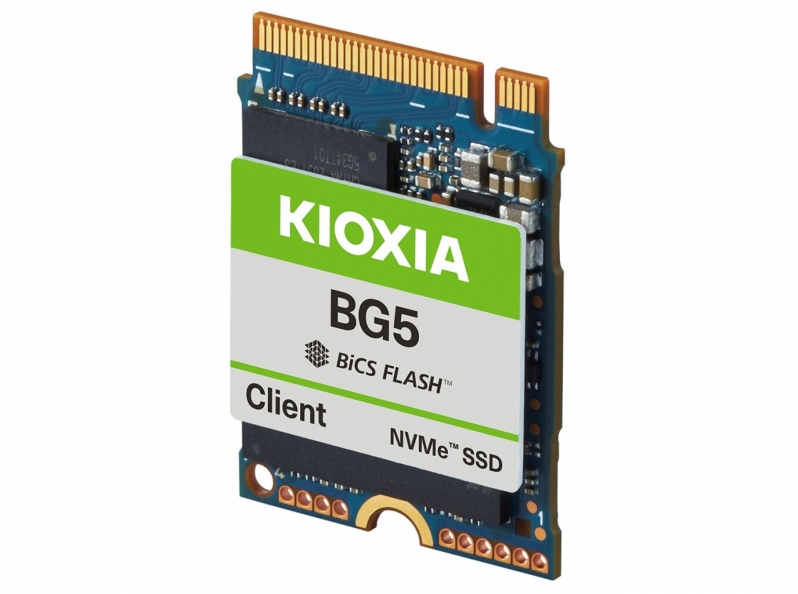 "Market adoption of DRAM-less SSDs is increasing steadily, thanks to HMB's ability to reduce the overall bill of materials without degrading the data read/write performance of the SSD," noted Neville Ichhaporia, vice president, SSD marketing and product management, KIOXIA America, Inc. "The fact that KIOXIA realized PCIe 4.0 performance with a DRAM-less architecture is a win for mainstream client applications."

- Up to 3,500 MB/s sequential read and 2,900 MB/s sequential write
- Up to 500,000 IOPS random read and 450,000 IOPS random write
- Support for the latest TCG Pyrite and Opal standards, as well as End-to-End Data Protection ensures data is secure whether at home or in the office.
- Forward-looking support for the NVMe 1.4 feature set and basic management command over System Management Bus (SMBus)
- Power Loss Notification signal support to protect data against forced shut downs
- "With this latest addition to our comprehensive PCIe 4.0 SSD portfolio, KIOXIA is delivering premium performance to the mainstream swim-lane by enabling PCIe 4.0 without sacrificing affordability," said Ichhaporia. "We are committed to leading the transition to next generation storage for gaming, mobile computing and workstation applications, and will continue to develop advanced technologies for high-performance, small-footprint SSDs."

The KIOXIA BG5 Series is now sampling to key industry partners and customers.

You can join the discussion on KIOXIA's BG5 SSD on the OC3D Forums.

NeverBackDown
No DRAM makes it not entirely useful. Though for a steam deck needing this form factor it makes sense as there's no room, and for just a game drive it would be fine. Wouldn't want to run the OS on it though.Quote
Reply