Micron has added 48 additional memory layers to their NAND stacks

When it comes to 3D NAND, increasing the height of your memory stacks is critical. Additional NAND layers will allow manufacturers to increase their productivity, reduce the die size of their products, and boast storage densities that their competitors cannot match.

Micron has become the first company in the world to deliver 176-layer NAND memory, utilising their proprietary CMOS-under-array and charge-trap techniques. This is Micron's 5th generation of 3D NAND and the second generation of 3D NAND that the company has produced after the cessation of their manufacturing partnership with Intel.

With these new NAND chips, Micron offers a 3D layer count that's 40% higher than their competitors, and that their NAND die sizes for their 512Gbit chips are approximately 30% smaller than their competition. These chips will enable higher capacity storage devices across consumer, industrial and mobile applications. From microSD cards to NVMe SSDs, this new NAND will alter the SSD landscape.

As many folks say, it not the size that matters, it's how you use it. Yes, Micron has created some incredible large storage densities with their new 3D NAND, but what about performance? Micron has claimed that their new 3D NAND can offer users a 35% improvement to read and write latencies. This NAND isn't just storage dense; it's also snappier and more reactive.

Micron has not released too much technical detail about its new NAND structure; we know that Micron has managed to boost the maximum transfer rate of their NAND from 1200 megatransfers per second to 1,600 megatransfers per second, delivering users a 33% boost. When combined with Micron's decreased NAND latencies, this new NAND should deliver higher performance levels and create more responsive systems. 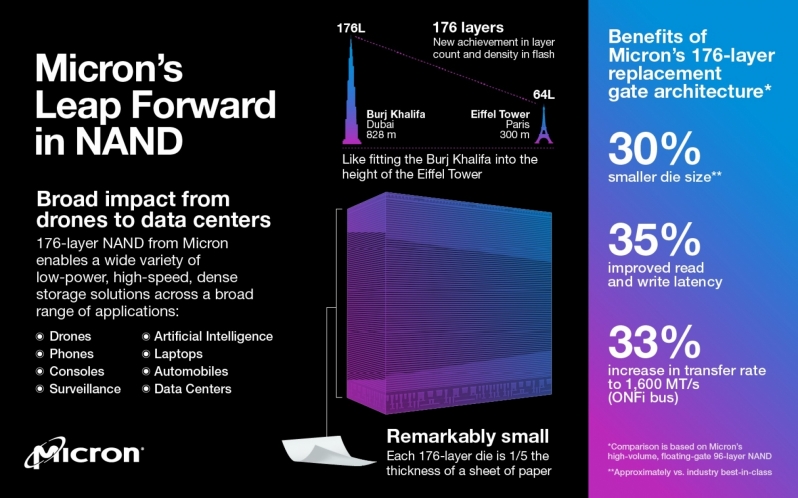 Micron has confirmed that their new 176-layer NAND technology is already in volume production at the company's Singapore fab. In addition to this, this NAND is now shipping to customers, and as part of Crucial's SSD product lines. In 2021, Micron plans to introduce new products using their 176-layer 3D NAND.

You can join the discussion on Micron's 176-layer 3D NAND technology on the OC3D Forums. 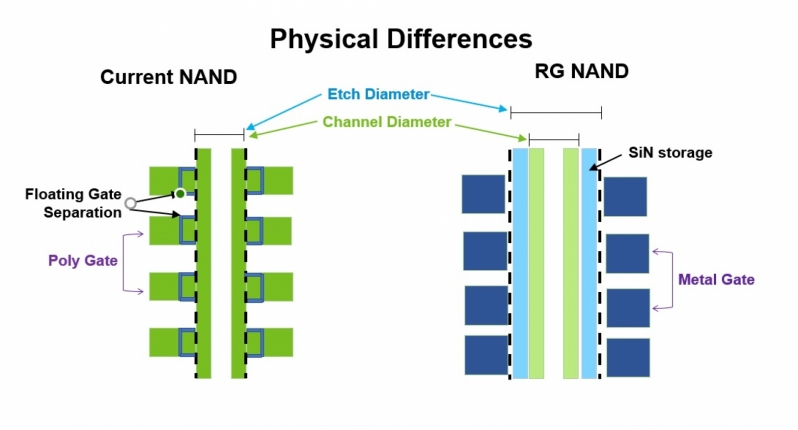