Micron reveals microSD witchcraft with its 1.5TB i400

I don't know about you, but it suck when you need to constantly delete things on your PC or console. That's one of the major luxuries of having large storage devices, as it minimises the amount of time that you need to re-download files or games whenever you need them.

For most portable devices, the only storage upgrade that's possible is available in the form of MicroSD cards, and Micron has been conducting some techno wizardry to deliver 1.5TB of storage onto their latest microSD cards. I wonder how well these MicroSD cards will work on a Steam Deck or Nintendo Switch?

Micron's new i400 series of microSD cards are designed for industrial-grade video security applications, being capable of storing up to 120 days of footage locally with their new 1.5TB model. Micron's i400 1.5TB model delivers U3, A2, and Class 10 performance levels, and offer an endurance rating that accounts for 24/7 operation over five years. 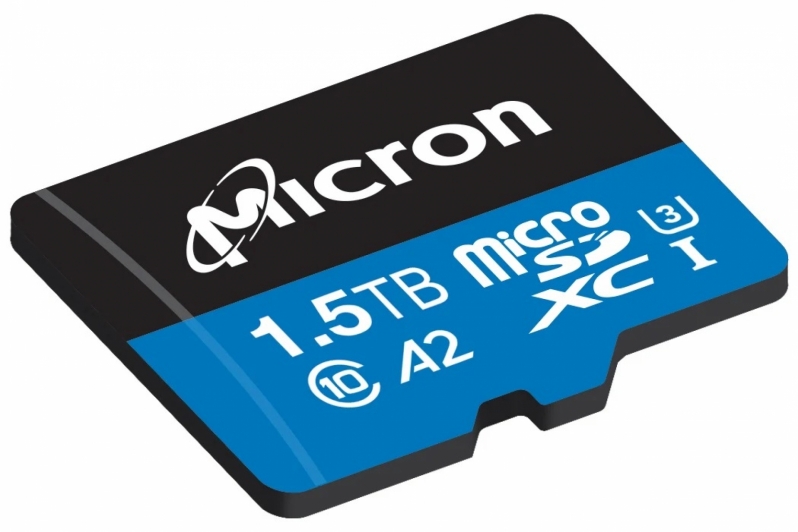 Recent jumps in NAND density have allowed MicroSD card manufacturers to significantly increase the maximum capacities of new storage devices. Today, 1.5TB MicroSD cards are possible, but in the future even larger portable storage devices could be created.

With a new 1,5TB MicroSD card from Micron, users of Valve's Steam Deck handheld gaming system could have their storage increase from the system's minimum of 64GB to over 1.5TB. Not bad for a slot-in upgrade.

You can join the discussion on Micron's new 1.5TB MicroSD card on the OC3D Forums.

ET3D
Without a price attached to it, it's hard to get excited, even if it's nice to see even more storage in such a small package.Quote
Reply