Micron has confirmed that they are giving up on their XPoint memory technology, ceasing their research and development onto other areas of the memory market, focusing on emerging standards like Compete Express Link (CXL).

With the move, Micron has also confirmed that they plan to sell their XPoint memory fab in Lehi, Utah. This fab was formerly jointly owned by both Intel and Micron, with Micron acquiring Intel's half of the fab in 2019 as they broke off their 3D XPoint development partnership with Intel.

While Intel is continuing its R&D on XPoint memory, Intel has no manufacturing facilities to create XPoint memory, making them an ideal buyer for Micron. That said, Micron's facilities could be purchased by other manufacturers and retooled to create DRAM or NAND memory with relative ease.

XPoint memory sits somewhere between NAND flash and DRAM in terms of performance and latency, making the memory type incredibly useful for various applications. Intel explored using XPoint in SSDs and as DRAM-like memory modules, where XPoint's characteristics offered users incredible performance levels across many niche workloads. Sadly, XPoint proved to be too expensive to be considered a worthwhile investment for many customers, as DRAM prices were falling and traditional NAND-based SSDs proved to be good enough for most applications. 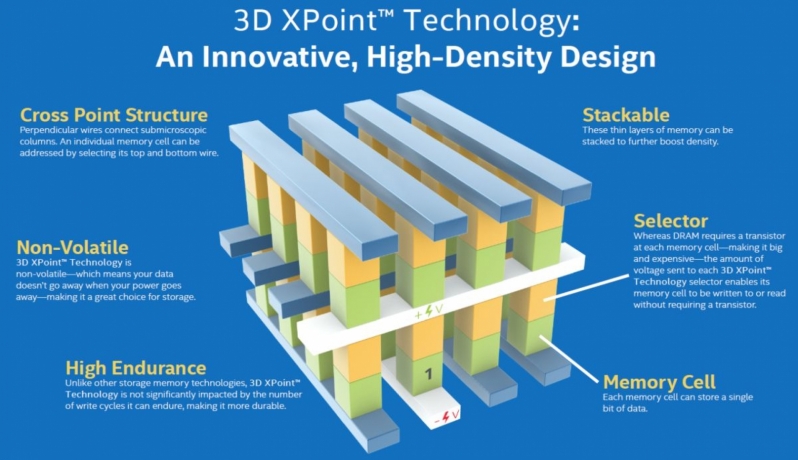 XPoint launched with a lot of hype back in 2015, promising DRAM-like performance on non-volatile memory. Sadly, the technology never made it into a large enough number of products to become successful, and pricing remained too high for XPoint to compete 3D NAND in more mainstream markets.

You can join the discussion on Micon abandoning its XPoint memory technology on the OC3D Forums.