Need an extra TB of storage for your Xbox?

One of the revolutionary upgrades offered by the latest consoles is their use of SSD storage, delivering to gamers faster loading times while providing developers with the data rates they need to bypass the limitations of older consoles. Previously, games were limited by the speed of slow hard disk drives, but now, gamers can benefit from storage mediums that are orders of magnitude faster.

While SSD storage is a big deal for the next generation of gaming, it presents gamers with a problem. SSD storage is expensive, and console makers need to create storage solutions to give gamers the space they need to install their games library. Right now, PS5 users are limited to the console's internal storage for next-generation games, whereas Microsoft already has a solution with their external SSD expansion cards.

If you've filled up your Xbox Series X/S' internal storage and want to install another next-generation title, you have three options. The first is to delete your least favourite game/games; the second is to temporarily move your game files to external storage for later retrieval (a time-consuming process); and the third is to invest in Seagate's 1TBexpansion card for Xbox Series X/S.

At launch, Seagate's 1TB SD Expansion Card was available for £219, almost as much as an Xbox Series S. Now, the card has seen its price lowered to £179 in the UK. While this is still a lot of money for 1TB of SSD storage, it is worth remembering that this SSD is designed to meet Microsoft's exact Xbox Series X/S SSD specifications and is incredibly easy to install. You won't need to open your console to install this add-on.

This drive will more than double your Xbox Series X/S's usable storage, as this SSD will have none of its space dedicated to OS functions. 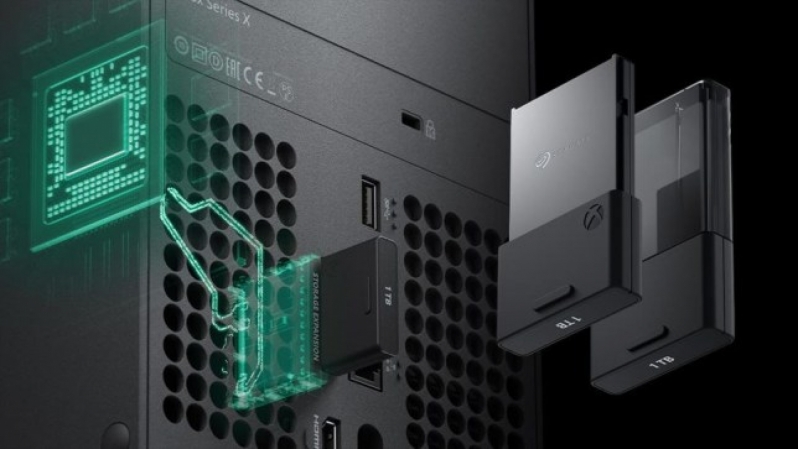 Microsoft has confirmed that they plan to release more Xbox Series X/S compatible storage add-ons in the future. These options will likely give Xbox users higher capacity storage options and models from manufacturers aside from Seagate. For now, Seagate's 1TB Expansion card is your only option, assuming that you need extra storage for Xbox Series X/S enhanced games or exclusive titles.

You can make the most of your Xbox Series X/S's internal or expanded storage by ensuring that your backwards compatible games are installed on external storage devices. This change will allow you to ensure that your Xbox's limited internal (and expanded) storage is used to install the games that need it.

If you still want to benefit from the perks of SSD storage, such as faster loading times, you will want to install your backwards compatible games on an external SSD through USB.

Instead of investing in an expensive external Xbox branded SSD, you can purchase a SATA to USB enclosure and an affordable SATA SSD to create a cheap external SSD drive for your Xbox. To do this, we suggest using Sabrent's 2.5-inch SATA to USB 3.0 External HDD/SSD enclosure and a low-cost SATA SSD like PNY's CS900 960GB. This solution will get you almost 1TB of external SSD storage for under £80.

If you want even more storage, you can opt to purchase a larger SATA SSD like Samsung 2TB or 4TB 870 QVO SATA SSDs.


You can join the discussion on Microsoft's Xbox Series X/S Storage Expansion Card reaching its lowest ever price on the OC3D Forums.