Could this SSD support up to 32TB of storage?

MSI/Phison tease a  PCIe 5.0 SSD that will likely support capacities of above 8TB

At CES 2022, MSI and Phison teased a Spatium series SSD that uses Phison's new PS5026-E26 SSD controller, the company's first PCIe 5.0 SSD controller. While MSI didn't discuss the SSD's performance when they showcased the drive on Twitter, we do know what the SSD should be capable of thanks to Phison's PS5026-E26 controller specifications chart (below).

MSI's Spatium SSD is a PCIe 5.0 add-on card that uses a PCIe 5.0 x4 interface, giving the SSD access to an interface that can theoretically achieve speeds of 16GB/s In reality, the limits of PCIe 5.0 are lower than this, making 15 GB/s speeds a more realistic limit for PCIe 5.0 over four lanes.

Sadly, MSI has not showcased this SSD running, or revealed the drive's performance levels. That said, Phison has rated their PS5-26-E26 SSD controller as supporting sequential read speeds of up to 12 GB/s and sequential write speeds of up to 11 GB/s. The controller is also capable of supporting up to 32 TB of NAND, giving this Spatum SSD from MSI a theoretical maximum capacity of 32 TB. When used on an M.2 card, Phison's PS5026-E26 SSD controller will support less than 32 TB of NAND due to spatial/form factor limitations. 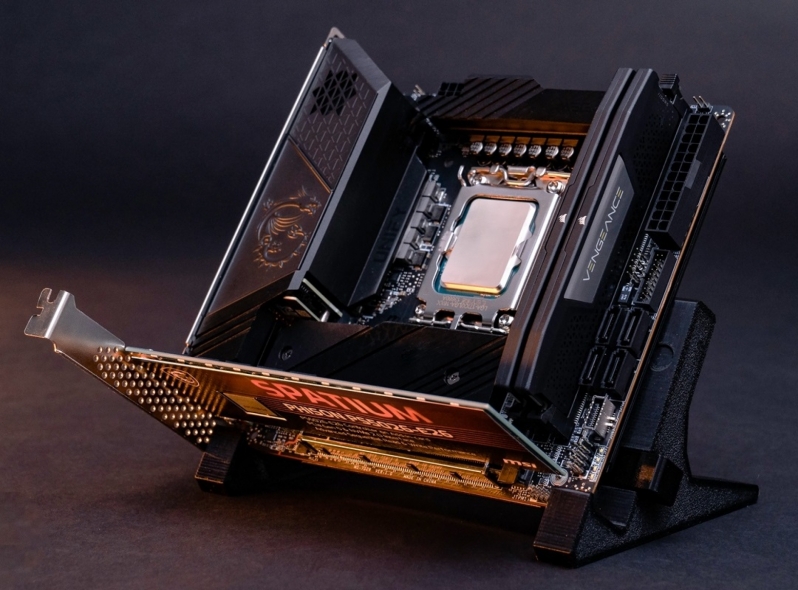 The basic specifications of Phison's PS5026-E26 SSD controller are shown below, showcasing a tremendous boost in controller performance over their PCIe 4.0 PS5018-E18 SSD controller. This is especially true when it comes to read/write IOPS performance, which is doubled for random write IOPS. 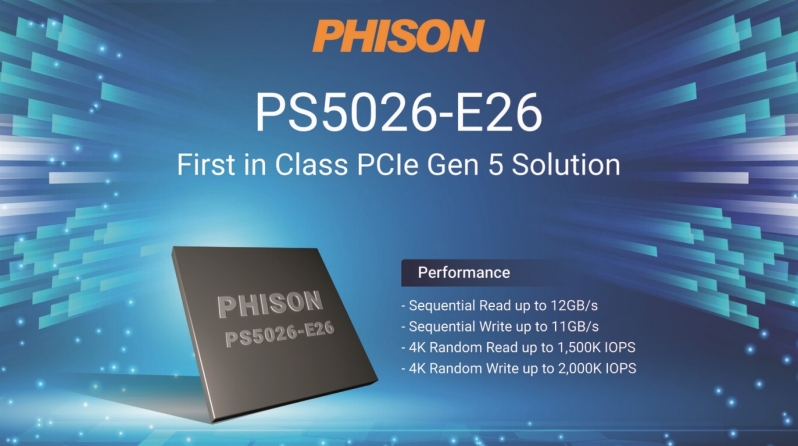 Below, we have the full specifications of Phison's PCIe 5.0 compatible PS5026-26 SSD controller. This highlights many of the performance benefits of Phison's latest controller, and the fact that Phison has not fully saturated the PCIe 5.0 bus using this controller. A second generation PCIe 5.0 SSD controller could be in development at Phison, potentially pushing SSD speeds closer to PCIe 5.0's performance limits. That said, 12 GB/s speeds are plenty fast.

You can join the discussion on Phison's PCIe 5.0 SSD controller and MSI's PCIe 5.0 Spatium SSD on the OC3D Forums. 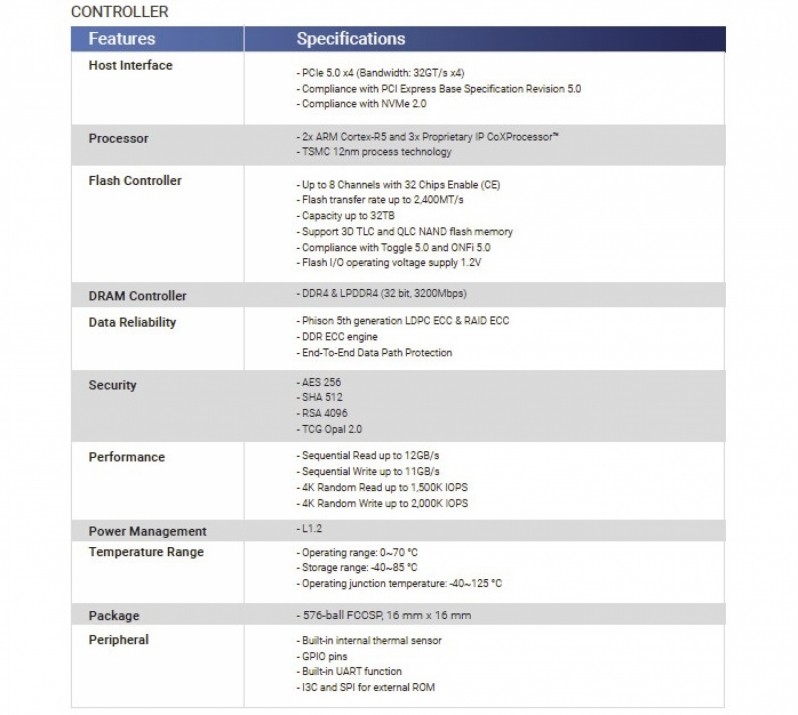